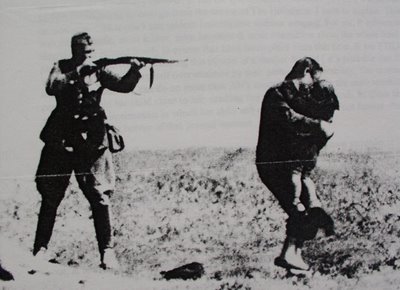 NYS Assemblyman Dov Hikind (D-Brooklyn) today condemned Cardinal Renato Martino, the Vatican’s justice and peace minister, for his inflammatory and outrageous remarks likening Gaza to a “big concentration camp.” In an interview with II Sussidiario.net, the Cardinal was quoted as saying, “Defenseless populations are always the ones who pay. Look at the conditions in Gaza: more and more, it resembles a big concentration camp.”

Hikind, a child of Holocaust survivors, was outraged by Cardinal Martino’s statement, and is calling upon Pope Benedict to take responsibility for his aide’s comments by issuing an immediate apology to Israel.

“I cannot recall a single instance in the last four years where Martino voiced any concern about the daily barrage of rocket and missile attacks against Israelis, or the suffering they have endured at the hands of these terrorists,” Hikind said. “The comparison of Gaza to a concentration camp is not only disingenuous, but extremely offensive to the memories of the millions who were slaughtered, and to the survivors who remain. His comments do nothing but hearten Hamas terrorists and their counterparts worldwide.”

Cardinal Martino has thus far resisted calls for an apology, while the Pope has only reiterated his desire to see an end to the use of violence by both Hamas and Israel in Gaza. “Martino must be a disciple of the World War II Pope, Pius XII,” Hikind said. “There’s no other way to make sense of his hateful remarks.”