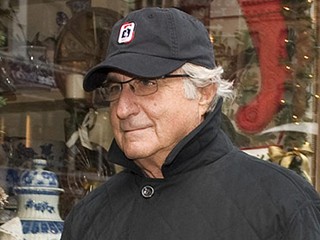 Bernard Madoff has yet to face the many investors he is accused of ripping off in a jaw-dropping Ponzi scheme that amounted to one of the biggest financial frauds in history.

The disgraced financier has been insulated from them in his expensive Manhattan apartment, where he has been under house arrest since his December arrest.

But on Thursday, he’s expected to enter a guilty plea in the multibillion-dollar fraud, setting up a dramatic and highly unusual confrontation with the people he is accused of cheating. Typically, victims speak at sentencing hearings and not at ones in which a guilty plea is offered.

It’s not clear how many of Madoff’s former investors will attend the hearing. Thousands lost money, among them many charitable institutions and schools that got hit hard as the economy went south.

“There will be some fireworks,” said Brad Friedman, a New York lawyer representing dozens of people who lost hundreds of millions of dollars. “But it’s not going to be blistering because it’s a courtroom. People will stand up in a respectful but forceful manner.”

Authorities said Madoff told his family he had engaged in a $50 billion fraud, though they have since said investors lost far less because some of their vanished profits were fictitious from the start. The actual number is unknown at this point; some believe it’s less than a still-staggering $20 billion.

Madoff has expressed no contrition since his arrest and has even arrived at court with a smug-looking smile.

But that likely won’t stop bilked investors from speaking out against Madoff. They’ll want their say for whatever it’s worth, and Madoff will have to listen.