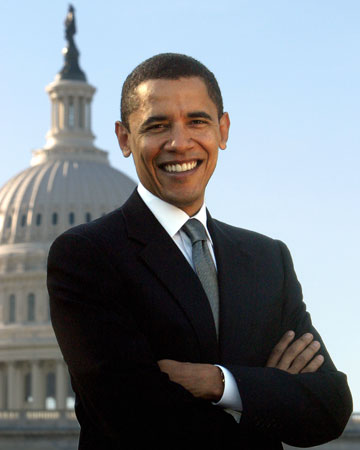 In his interview on CBS’ ’60 Minutes’ on Sunday, President Barack Obama hit back at one of his most prominent critics: Vice President Dick Cheney.

A week ago, Cheney said on CNN’s ‘State of the Union’ that he believed the new president had damaged national security by overturning some of the Bush administration’s anti-terrorism policies.

Shortly after taking office, Obama signed an order to close the U.S. prison camp at Guantanamo Bay, Cuba, and some other detention sites abroad. He also declared that waterboarding, an interrogation technique that the Bush administration approved for terrorism suspects, was torture.
Cheney told CNN that such changes were making the United States more vulnerable. “He is making some choices that, in my mind, will, in fact, raise the risk to the American people of another attack,” Cheney said.
Obama disputed that during his ’60 Minutes’ conversation with correspondent Steve Kroft.

“The facts don’t bear him out,” Obama said. “Let’s assume we didn’t change these practices. Are we going to just keep on going until … the entire Muslim world and Arab world despises us? Do we think that’s really going to make us safer? I don’t know a lot of thoughtful thinkers, liberal or conservative, who think that that was the right approach.”
“I fundamentally disagree with Dick Cheney — not surprisingly,” Obama said. “I think that Vice President Cheney has been at the head of a movement whose notion is somehow that we can’t reconcile our core values, our Constitution, our belief that we don’t torture, with our national security interests. I think he’s drawing the wrong lesson from history.”
Obama called the Cheney-backed policies “a great advertisement for anti-American sentiment. Which means that there is constant effective recruitment of — Arab fighters and Muslim fighters against U.S. interests all around the world.”
Kroft asked Obama what the most frustrating part of his job has been so far. The new president expressed frustration with some of the problems he inherited from the Bush administration.
“You are often confronted with bad choices that flow from less than optimal decisions made a year ago, two years ago, five years ago, when you weren’t here,” Obama said. “A lot of times, when things land at my desk, it’s a choice between bad and worse.”
Though Cheney has been a vocal critic of Obama — he first voiced his concerns about the new president’s anti-terrorism policies in a February interview with Politico — George W. Bush has been quiet about his successor.
“I’m not going to spend my time criticizing him. There are plenty of critics in the arena,” Bush said last week during a trip to Canada. “He deserves my silence. … I think it is essential that he be helped in office.”