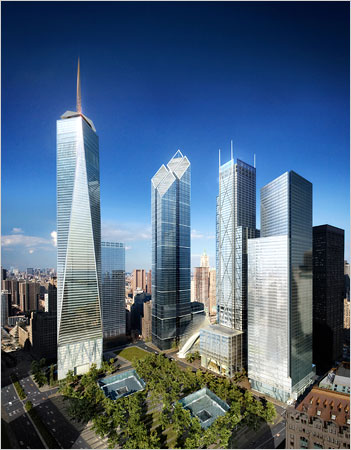 The following article appeared on the NBC NY website:

The Port Authority of New York and New Jersey announced Thursday that the 1,776-foot edifice that was to replace the World Trade Center will no longer be called the “Freedom Tower.” Instead, it will have the less ornate appellation, “1 World Trade Center.”

The timing couldn’t have been better. It follows on the heels of the Pentagon’s ending the War on Terror. You didn’t hear? You must have missed the memo. No, seriously. In a memo, following a request from the Office of Management and Budget, the Department of Defense declared that foreign military and strategic ventures associated with various Muslim-world nations will no longer be called the “War on Terror.” It is now Overseas Contingency Operation.”

This, in turn follows Secretary of Homeland Security Janet Napolitano’s statement to a “Der Spiegel” journalist earlier this month that she prefers to call terrorism, “man-caused disasters.”

And, lets not forget that the Obama administration no longer refers to opponents in the Conflict-Formerly-Known-As-The-War-On-Terror as “enemy combatants.” Haven’t quite figured out a proper replacement on that one.

Now, this is real change — a seismic cultural shift that not too many people might have expected.

The cumulative effect is clear:The symbolic, rhetorical and strategic signifiers of America’s post 9/11 world are being airbrushed away.

Well, at least they got the memo early.