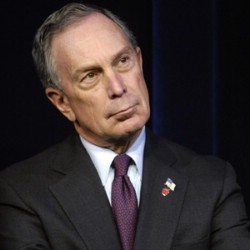 Mayor Michael Bloomberg wants to forget last week’s episode where he called a reporter a “disgrace” for asking a question he didn’t like.

The mayor would not say Monday whether he regrets the widely publicized remark. But he said he will be judged on what he does and who he is, and said most people know him by now.

Bloomberg was upset last week when reporter Azi Paybarah from the New York Observer asked if the improving economy undercuts his reason for changing the term-limits law so that he could run again this year.

“If the economy is turning around, as you said, does that mean the rationale for changing term limits …” but before he could finish, Bloomberg jumped in:

“If … don’t know why … if we have a serious question,” hizzoner said.

The reporter tried to finish his question but he was cut off.

“If you have a serious question about the economy I will be happy to answer it,” Bloomberg said.

The mayor ended his press conference and then went over to the reporter and said: “You are a disgrace.”

Many would say the reporter’s question was relevant, especially since the city’s failing economy is one of the reasons Bloomberg sought an exemption from term limits.

Back on Oct. 2, 2008, Bloomberg said: “To put it in very practical terms, handling the financial crisis while strengthening essential services such as education and public safety is a challenge I want to take on for the people of New York.”

A spokesperson for the mayor contacted Paybarah on Thursday night to apologize.