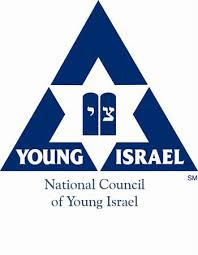 In light of the recent Palestinian agitation, the National Council of Young Israel (NCYI), under the direction of Farley Weiss, issued the following statement regarding the Temple Mount:
“The National Council of Young Israel strenuously denounces the double standard that exists in relation to prayer on the Temple Mount. It is wholly unacceptable that Muslims are permitted to pray at this holy site but Jews and Christians are prohibited from doing so.. People of all faiths should be permitted to pray at the Temple Mount..”

Of course the sentiment behind the NCYI statement resonates deeply within the heart of every Jew. This is Har HaBayis we are talking about. Everyone wants to see it remain in Jewish hands and the fact that after nearly two millennium the Temple Mount is back in Jewish hands is a source of deep pride; the fact that the Waqf seems to be in charge of it, however, is a source of sadness.

There are two perhaps conflicting halachic issues that need to be discussed. The first is the issue of “Lo sechanaim” – the prohibition of giving over land that is in Jewish hands in Eretz Yisroel to gentiles (See Shulchan Aruch YD 151:8 and Rambam Hilchos Avoda Zarah 10:3-4). Allowing the Waqf to exercise ownership control of Har HaBayis is probably the apogee of “lo sechanaim” violations. It would seem that the NCYI statement is designed to negate this very idea that the Waqf should not be allowed exclusive prayer use of Har HaBayis.
The second issue, however, is the idea of advocating Avodah Zarah worship on Har HaBayis. To call for people of all faiths “to be permitted to pray at the Temple Mount” is, at best, a highly questionable thing to ask for – notwithstanding the laudable origin of the idea of not giving up Har HaBayis.

DO THE ENDS JUSTIFY THE MEANS?

The question boils down to whether we say in matters of halacha – “The ends justifies the means.” Do we advocate for a matter that would seem prohibited in order to attempt to retain full possession and active control of Har HaBayis? We must also explore what is worse, the prohibition of Lo sechanaim or the aiding and abetting of Avodah Zarah.

The prohibition of buying and selling on Shabbos is a Rabbinic violation. The reason is because one may come to violate the Torah prohibition of writing on Shabbos. However, there is an exception to the Rabbinic violation of conducting transactions on Shabbos. The halacha is that when purchasing land in Eretz Yisroel from gentile hands, it is permitted to violate the prohibition of Amira L’Akum in order to facilitate the sale on Shabbos itself! We see from this halacha how very important this ideal actually is. If this is true for land in Eretz Yisroel how much more so must it be true for Har HaBayis.

IMPORTANCE OF HAR HABAYIS BEING FREE OF AVODAH ZARAH

The issue of Avodah Zarah is also not inconsequential. The Torah is replete with verses that discuss how much we must distance ourselves from it. Avodah Zarah is the anti-thesis of Hashem’s design or Masterplan for thr world.

Rav Yitzchok Isaac Sher zt”l once asked (Leket Sichos Mussar Vol. II #134) what the significance is of the statement in our Hoshanos – Hoshana Goren Arnon – Who cares if Har HaBayis was a storage house for grain? What value is it?

Rav Sher explained it based upon a statement of Rabbi Akiva – that any beautiful place initially was a place where idol-worship flourished. Har haBayis, however, miraculously never served in that capacity (See Ramban AZ 46b).

Similarly, in the Kinos of Tisha B’Av we recite, “Al Har tziyon sh’shamaim oy ki nitan alav shikutz m’shomaim –And on the Mountain of Zion woe! For it has been given to abominations” the intent is that Avodah Zarah was placed on Har Tzion. How can we possibly advocate for that?

BUT IS IT AVODAH ZARAH?

The fact is that most mainstream Christian denominations believe in the doctrine of the Trinity, in one form or another, that would fit into the technical definition of Avodah Zarah. They teach that G-d is simultaneously three distinct hypostases or persons who are coeternal, coequal, and indivisibly united in One Being.

Professor Harry Austryn Wolfson, the first to head the Department of Judaic Studies at Harvard University, (a former student of the Slabodka Yeshiva) in his classic work, the Philosophy of the Church Fathers, went through every explanation of the Church fathers’ understanding of the Trinity – and each of these explanations still would be considered Avodah Zarah. The Rambam (Hilchos Maachalos Asuros 11:7 and in Peirush HaMishnayos) states that it is considered Avodah Zarah (See Frankel uncensored edition). And while there are those who read a more moderate view in Tosfos Sanhedrin (63b), the majority view of scholars who have studied this Tosfos is not in accordance with this reading.

GROUPS THAT ARE NOT AVODAH ZARAH

Are there modern Christian groups that would not halachically be considered Ovdei Avodah Zarah? There are and, according to this author’s research, they constitute two types. There are those who are members of mainstream denominations of Christianity that do not truly share the theology of their denomination. Their conceptualization of the nature of G-d is, what Rav Elchonon Wasserman describes as intuitive. In an unofficial survey, a good percentage of this country falls under this category.

Parenthetically, there is also the Ran’s view (Sanhedrin 61b) that belief in any religion other than Judaism is also considered Avodah Zarah. He says the following: “…even Christian saints, and Muslims who believe in the leader of the Ishmaelites, although their followers do not consider them gods per se, by virtue of the fact that they bow to them in order to acknowledge the human incarnation of their divinities, they are all considered Avodah Zarah..”

This view of the Ran pertains to our question because if this view is correct then the NCYI statement is not doing anything worse by replacing one group of Ovdeo Avodah Zarah with another group. Most authorities, however, do not consider this Ran to be authoritative.

BACK TO OUR QUANDARY

We have not even mentioned the question of which prohibition is worse, encouraging idol worshipping on the Temple Mount, or of allowing for less Jewish supervision on the Temple mount. Regardless, even if it was less of a prohibition – we should not be advocating for such a position.

There is also a fascinating Nefesh haChaim (found both at the end of Shaar 1 and Shaar 3) that discusses the sin of the daughters of Lot. He writes that prior to Matan Torah we would serve Hashem with the knowledge of the ultimate ends of everything. Therefore, prior to the giving of the Torah it was permissible for the daughters of Lot to procreate with their immediate paternal progenitor. After the giving of the Torah, where it is not up to each individual to make such decisions, it would be prohibited. The parallel in our case would be that one may not advocate for idol-worship on Har HaBayis in order to retain more control on Har HaBayis.

An argument could perhaps be made that in light of the danger of losing Har HaBayis one could take the lenient position mentioned above that it is just Maaseh Avosaihem b’yadaihem and they are not active idol-worshippers, it is still a minority view and most scholars who have studied this position in the meforshim claim that it is being misapplied. Perhaps one can also argue that those who do go up and pray are not so familiar with the technical aspects of their theology. This too is not tenable because, as a general rule, those that do pray are more familiar with the theology than those who believe in G-d but don’t pray regularly.

National Council has always been at the forefront of standing up for Eretz Yisroel, and for numerous issues that are important to Klal Yisroel. Their advocacy and efforts on behalf of Klal Yisroel are constantly and consistently on mark. It is this author’s view, however, that regarding this issue National Council should adjust its statement to conform better with the halachos discussed above. May Hashem grant us peace and bring yeshuos and nechamos to Klal Yisroel and the world.