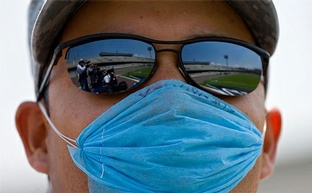 Many day camps in the Lower Hudson Valley open this week, and while directors are making plans to welcome back campers, they are also preparing for a less-welcomed part of this summer season: the swine flu.

Health agencies have given camps nationwide information about the H1N1 virus and advice on what they can do to prevent it from spreading among campers.

The Rockland Department of Health this month forwarded to all camps in the county information about the virus as well as recommendations from the state and from the federal Centers for Disease Control and Prevention about dealing with campers who are ill.

But camp potentially can be a place where children are exposed to the virus, according to the letter.

“Children are very susceptible to getting this new virus, and camps may serve as an amplification point for spread of this new virus in a community,” the letter reads. “At this time, the primary means to reduce spread of influenza in camps is to focus on early identification of ill campers, and staff that should stay home when ill and to encourage good cough and hand hygiene etiquette.”

Camps, in turn, are passing information along to parents and asking their help in preventing new cases.

Many camps are increasing efforts to keep their surroundings – and their campers – clean. Ona camp installed new machines that dispense hand sanitizer in all its buildings.

Camp directors said that though they will be vigilant about signs of the H1N1 virus, they suspect children will be less likely to get it at camp than at school.

Many local schools saw increases in the number of children out sick as the swine flu pandemic spread.

Rockland County advised schools to close only if so many children and staff were sick that the school could not function – the same advice it is giving camps.

There have been 14 confirmed cases of the illness in Rockland, 83 in Westchester and three in Putnam, according to the state Department of Health.

But the real number of people ill with the virus is probably much higher, officials said.

Most people who are ill with flu-like symptoms and test positive for type A influenza are likely infected with the H1N1 virus, health officials said.