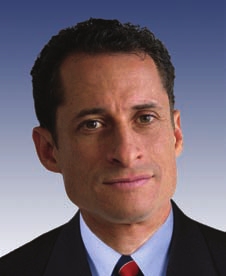 The office of Congressman Weiner recently released a report which found that the City’s pension system had millions invested in sixteen companies, all of which had made significant investments in Iran’s energy sector. Working with Comptroller Thompson’s office, the value of these holdings was estimated to be over $610 million and that all five of the pension funds had investments in companies tied to Iran.

Rep. Weiner commended Comptroller Thompson for planning the immediate divestment of $10.8 million from two companies with business ties to Iran and his plans for divestment from an additional eight companies. Rep. Weiner emphasized the importance of divestment from all sixteen companies, highlighting Iran’s continued push towards the construction of a nuclear weapon and the success of past divestment campaigns like the one directed at South Africa.

Rep Weiner said, “New York City joins 7 other cities along with 15 states in committing to no longer invest in companies that prop up Iran’s despotic regime.  Iran has advocated the destruction of Israel and continued a dangerous nuclear program that threatens the stability of the region.  Investing in Iran is not only immoral, it is dangerous.”

In 2007, Weiner called on New York State and New York City pension funds to divest all of their investments in Iran and released a list of international companies with such investments. Recently, Comptroller Dinapoli announced that the state pension system would divest $86 million from nine companies invested in Iran’s energy sector.

Rep. Weiner is a cosponsor of the Iran Sanctions Enabling Act, which explicitly authorizes states and local governments to divest and protects investment companies from civil, criminal and administrative action for divesting from Iran.