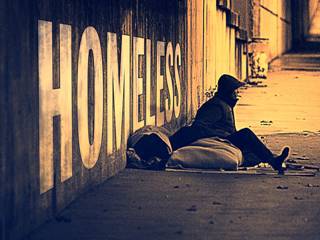 The economy may be poised for a rebound but for a lot of people times are very tough.

According to a new report, the number of homeless people sleeping in New York City shelters has reached an all time high at 39,000 — many of them are children.

Using New York City’s own data, a homeless group claims a record number of people are in city shelters, particularly children, despite years of programs that were supposed to bring homeless numbers down.

Mary Brosnahan, longtime executive director of the Coalition for the Homeless used the city’s own data, and says homelessness has been increasing each of the last five years, and currently is at an all-time high. At the end of September, 10,494 homeless families lived in shelters, including 16,615 homeless children.