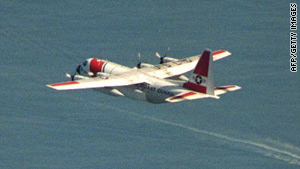 A search was on Thursday night for nine people left missing after a Coast Guard plane collided with a Marine helicopter over the Pacific Ocean near Southern California, officials said.

Rescuers were combing the area where the collision occurred, aviation officials said.

U.S. Coast Guard Lt. Josh Nelson confirmed that the collision occurred and said a large rescue team from the Navy and Coast Guard were in the area

“We are throwing everything we can at this right now. We are looking for survivors,” Nelson said. “They have seen debris is in the water.”

Weather conditions were aiding the search, he added.

“The winds are calm, the seas are calm and we are using night-vision goggles,” Nelson said. “The search conditions are ideal.”