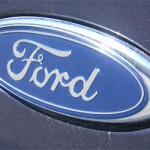 Ford Motor reported its first full-year profit since 2005 and said it expects to be profitable again in 2010.

The automaker, which has outpaced the turnaround at both its domestic and some overseas rivals, said Thursday that it earned $2.7 billion in 2009. The company was helped by special items that added $2.6 billion to its bottom line during the year.

But even without that assistance, Ford essentially broke even after taxes. That’s far better than the loss of 31 cents per share that analysts had forecast for 2009. Ford lost $7.3 billion, or $3.20 a share, on that basis in 2008.

Ford shares rose about 5% in pre-market trading following the announcement.

For the fourth quarter, the company reported a net profit of $868 million. Its operating income of $1.6 billion, or 43 cents a share, was a dramatic improvement from the operating loss of $3.3 billion, or $1.40 a share a year earlier. This also easily topped forecasts of a 26 cent per share operating profit.

Ford also said it now expects to be profitable on a pre-tax basis in 2010. Previously, the company had said it expected profits to return in 2011 but that it was not yet willing to predict it would make money this year.