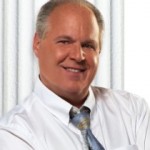 [AUDIO LINK BELOW] The following is a letter written by Rush Limbaugh to President Barak Obama, which was read on radio on Thursday afternoon – in response to last night’s State Of The Union address.

I penned a message to Obama that I would like to deliver now.  Because Mr. Obama, I think it’s time we had a heart-to-heart talk. Let me be the father that you never had or never really knew, because I think you need some guidance. It’s time to man up. It’s time to grow up. That speech last night was an embarrassment. You couldn’t focus, you lashed out in all directions, you refused to accept responsibility for your own actions, and you were angry.

And he was, folks! He was mad.  Being president is a big job.  It’s a big responsibility.  You wanted the position, Barack.  You campaigned for it.  You told the public to trust you with it, and they elected you — and you’re now president of the greatest country mankind has ever known, and yet you act like this was all coming to you, like you deserve it, that you’re better than the people you are supposed to serve and that you have no tolerance for debate or dissent.  That’s not the way it works as president, Barack.  We have a Constitution, we have checks and balances, we have separation of powers, we have states — and most of all, we have the people.  You don’t get to impose your programs and policies on the nation and the people without our consent.

This is a representative republic, not a banana republic, and let me remind you: Karl Marx and Saul Alinsky are not our Founding Fathers.  This is a nation built on individuality, built on liberty, free markets, and faith.  Yet you, Barack, demand fidelity to a different belief system: A system that crushes individual initiative and free will.  The president does not berate Supreme Court justices who are guests of the Congress and who have no ability to respond to your attacks.  You’ve made such a mess of things, Barack, and it’s time to stop deluding yourself. It’s time to stop blaming others.  You are delusional.  You are delirious.  It’s time for you to assume the responsibilities of a president rather than pretending to be one.

You’ve driven the nation’s debt over the edge.  It is your responsibility to fix it now.  Otherwise, our young people will have no future.  You were wrong to grant terrorists constitutional rights. Even the libs in New York don’t want the trial there now!  You, Mr. President, are endangering the security of this nation.  Now fix it!  Reverse course, and end the terrorists — all of them — back to Guantanamo Bay, where they belong.  You are wrong to nationalize one industry after another from automobiles to banks.  You are destroying competition and jobs.  You need to stop what you were doing before millions of more families go broke from your misguided policies.  It’s not too late to stop this.  I know you’re not going to stop it because last night you said you don’t quit, and I know what you mean.

You’re gonna keep plugging for the same agenda, which is going to destroy this country even more — which makes me think, Barack, that’s your objective.  You know, Barack, unlike most presidents you’re dealing with a Congress that has super majorities in both houses, fellow Democrats.  It amazes me that with all the talk about your ability to persuade and communicate, that you can’t even hold your own party members together anymore.  Is that Bush’s fault, too? Is it is fault of the banks and the insurance companies and the lobbyists that you can’t keep your own Democrat Party unified — or is it a problem with your leadership, Barack, or lack of leadership?  It’s the latter, Mr. President. I’ll tell you, you are not a leader. You are an agitator and an organizer, and a process guy, but you are not a leader.  It is you who are doing something wrong.

Are you The One that you’ve been waiting for?  See, I have a little concern there may be a psychological issue at play here.  I don’t say this to demean you, Barack.  I say it because I’m concerned.  I mean, Tom Daschle was always “concerned” and I like the word. I’m concerned.  You seem to have a whole lot of enemies, at least in your own mind.  A partial list would include Fox News, insurance companies, banks, oil companies, the “special interests,” the Supreme Court, Republicans, talk show hosts, executives, anyone or any business that earns over $250,000 a year, mortgage companies, credit card companies — and the list goes on and on and on.  You have the longest enemies list of anybody I’ve ever known.

These people are not your enemies, though, Barack.  They are Americans.  They are part of this country.  They are part of what makes the nation work.  You are not.  You have nothing to do, and have had nothing to do, with this nation’s greatness.  You can’t lay claim to greatness on any scale, not even rhetorical.  But you have no direct relationship to the greatness of this country.  You are damaging the possibility of further greatness.  Nevertheless, like a bully, you continue to threaten all of these people.  The Supreme Court, Big Oil, Big Pharmaceutical, Big Retail, talk show hosts, Fox News, the list goes on.  You threaten anybody who does not agree with you.  You try to intimidate them.  You smear them.  Your sycophantic media goes right along and carries your water. But this is not what presidents do.

You’re supposed to lead not by threatening people but by encouraging them, by embracing them, by thanking them, by inspiring them.  Most of all you don’t seem to appreciate the magnificence of this nation!  I know you don’t.  The way you’ve been educated about this country it’s painfully obvious.  You think this country is guilty, period. Guilty and unjust.  You seem to think this country needs to be torn down so you can rebuild it.  But you were elected to be president, not some kind of dictator.  You must operate within the confines of the Constitution.  You are not bigger than the law, and you are not bigger than the people.  You were elected to serve the people, not dictate to them.  Anyway, I’m sure this little lecture will not do you much good, particularly given the spectacle of your speech last night.  You really are full of yourself.  But I truly hope that this little talk does do you some good down the way, because something is going to have to change in you or we are doomed for at least the next three years.