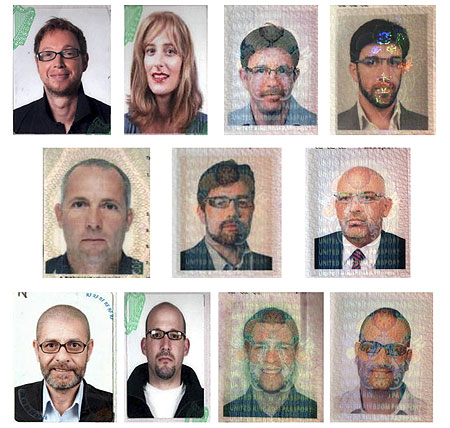 [VIDEO LINKS BELOW] The world is abuzz with the assassination of senior Hamas Terrorist Mahmoud al Mabhouh in the Al Bustan Rotana Hotel in Dubai on January 19, 2010, having arrived in the country earlier that day from Syria. Much has been written about the incident on YWN since the story first broke. The world is pointing fingers at the Israeli Mossad, but Israel has a policy of neither confirming or denying any involvement in such activity.

The 3 video links below are amazing footage released by Dubai authorities, tracking the highly-trained killers from the moment they arrived in the county, until departing just hours after the assassination.

As the world points fingers, Israel is definitely satisfied with the assassination of Mahmoud al Mabhouh YM”S, a senior Hamas terrorist commander and one of the founders of the Izz ad-Din al-Qassam Brigades.

He was suspected for being involved in the 1989 abduction and murder of two Israeli soldiers, Avi Sasportas HY”D and Ilan Sa’adon HY”D, along with several other attacks.

On February 16, 1989, Sergeant Avi Sasportas HY”D was kidnapped and shot to death while hitchhiking at Hodaya Junction.  His body, which had been buried at Givati Junction in the south, was discovered on May 7, 1989.

On May 3, 1989, Corporal Ilan Saadon HY”D was kidnapped by Hamas terrorists. In the beginning of November 1990, the terror cell responsible was uncovered. It was the same cell that abducted and murdered Sasportas. On November 22, 1990, he was declared dead by the IDF Rabbinate. His body was found on July 29, 1996.

For all YWN stories on the Dubai assasination, click on the following YWN link: http://www.theyeshivaworld.com/article.php?s=Mahmoud+al-Mabhouh