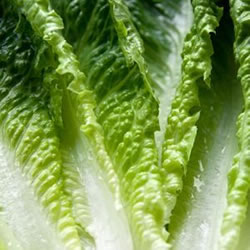 In a rare but welcome move, the Chief Rabbinate of Israel turned to Rabbi Pinchas Cohen, the Chief Rabbi of Netivot, instructing him to remove his kashrus supervision from the “Yevul HaNegev” insect-free greens due to tests revealing an unacceptably high presence of insecticides.

Acting in his role of the head of the Chief Rabbinate’s unit to inspect the bug-free greens, Tzfat Chief Rabbi Shmuel Eliyahu conducted tests ahead of Pesach to determine the actual status of different companies vis-à-vis claims that the products are insect free, as was reported by Jerusalem Kosher News last week http://www.jerusalemkoshernews.com/ .

In addition to inspecting for the presence of insects, tests were conducted to determine insecticide levels and the company in question exceeds the permitted amount, to the point where the product poses a danger to consumers.

Rabbi Eliyahu sent a strong letter to Rabbi Rafi Yochai, who heads the Chief Rabbinate’s Kashrus Enforcement Division, instructing him to halt the distribution of the said company’s insect-free greens.

Tests conducted on the products of 20 companies’ revealed an alarming high presence of insecticides in Yivul HaNegev products.

According to Dr. Tzachi Saklaski, who conducted the testing, Yivul HaNegev used agents that are prohibited, more than one prohibited agent, and the traces of those agents pose a health hazard – demanding the item is recalled from store shelves.

Despite the findings, the company continues to market its product, officials report.