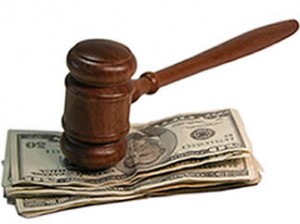 The owner of a kosher food plant in Ogdensburg has sued the city for $11 million.

Tubroburg LLC, owned by Menachem and Schneur Bistritzky, claims the city of Ogdensburg has unfairly charged it for water and sewer services at the plant and hasn’t turned over paperwork needed to finalize purchase of the property.

The company also wants a state Supreme Court judge to issue an injunction preventing the city from shutting off water and sewer services to its Main Street plant.

Menachem Bistritzky said Friday that inaccurate measurements used in determining daily water and sewer use has driven up the bill. He also said the plant was being billed at a higher rate than other commercial businesses for city services.

Earlier this week, the city threatened to foreclose on the kosher cheese plant if delinquent bills totaling nearly $160,000 — $154,000 in utilities and $6,600 in rent — aren’t paid. The company employs about 50 workers.

The contract called for the company to purchase the plant by June 1, but the city hasn’t provided abstracts to the business to finalize the sale, the lawsuit alleges.

While the company put its down payment in an escrow account, it subsequently missed deadlines that would have allowed its monthly rent payments to be put toward the $900,000 closing payment amount, City Manager Arthur J. Sciorra said Monday.

Ogdensburg city attorney Andrew W. Silver said Friday that the city had not been served with the lawsuit so he couldn’t comment.