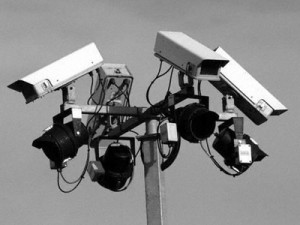 An MTA initiative to install cameras in 32 subway stations is 3 years behind schedule and drowning under skyrocketing costs — and the cameras don’t even record, according to a published report.

The 910 cameras, designed to capture images of straphangers entering and exiting turnstiles, won’t even be wired to recording devices until some time next month, the New York Daily News reported today.

The cameras will cost $23,000 a piece by the time it’s said and done — meaning the pricetag will have grown from $15 million to $21.3 million, the News reported.

Critics say the bungle is emblematic of how the Metropolitan Transportation Authority repeatedly fouls up technology and security projects, “often in dramatic and costly fashion,” the newspaper said.

The newspaper explains how the costly mistake unraveled:  Different types of camera equipment were installed by different contractors under the oversight of different MTA units. Some were hooked up as part of station rehabilitation while others fell under anti-terror programs, and none were under centralized control or same installation guidelines.

NYC Transit is now replacing the flawed equipment that didn’t record and expect to have the cameras completely up and running in June – more than three years behind schedule.