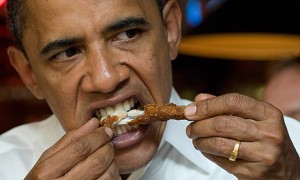 Asked what the topic of discussion would be, Gibbs said he expected there to be “heavy discussion on the economy and spending.”

“I think that the president looks forward to discussing all issues foreign and domestic,” Gibbs added.