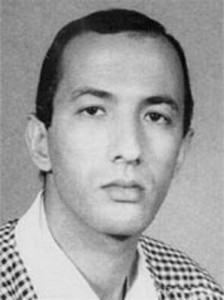 An Egyptian who was once a Special Forces officer has been appointed “caretaker” leader of al Qaeda in the wake of Osama bin Laden’s death, according to a source with detailed knowledge of the group’s inner workings.

Al Qaeda’s interim leader is Saif al-Adel, who has long played a prominent role in the group, according to Noman Benotman. Benotman has known the al Qaeda leadership for more than two decades. He was once a leader of the Libyan Islamic Fighting Group, a militant organization that used to be aligned with al Qaeda, but in recent years renounced al Qaeda’s ideology.

Benotman told CNN that based on his personal communications with militants and discussions on jihadist forums, al-Adel had been appointed interim chief of al Qaeda because the global jihadist community had grown restive in recent days about the lack of a formal announcement appointing a successor to bin Laden.

However, he said, the choice of an Egyptian may not sit well with some Saudi and Yemeni members of al Qaeda, who believe bin Laden’s successor should come from the Arabian Peninsula, a region that is holy to all Muslims. Bin Laden was from a wealthy Saudi family.

The presumed successor to bin Laden is his long-time deputy, Ayman al-Zawahiri, who is also Egyptian. Benotman, who has long been a reliable source of information about al Qaeda, said the temporary appointment of al-Adel may be a way for the leadership to gauge reaction to the appointment of someone from beyond the Arabian Peninsula as the group’s leader.