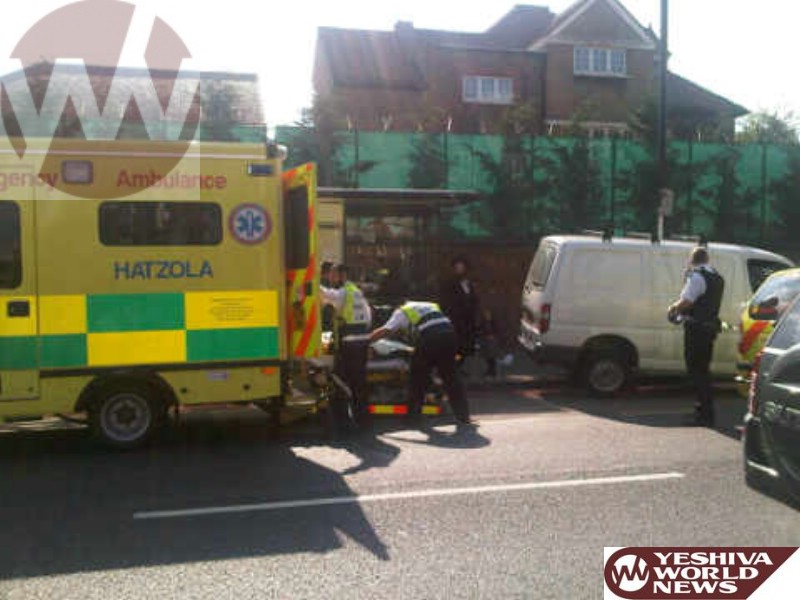 A man and woman were injured this afternoon after a white van mounted the pavement at a bus stop on Upper Clapton Road.

Police were called shortly after 4:00PM, Monday afternoon, to a report of a van in collision with two people.  Both were taken to hospital by Hatzolah, and are  not suffering life changing  or threatening injuries.

A posting on Twitter claimed the man suffered a fractured leg and shoulder, while  a police spokes person told Hackney Hive that the man had a serious leg injury, the woman was not seriously injured.

A 29 year old man was arrested and is in custody at a North London police station.

While police can not confirm it was a hate crime, they say it was reported as one and will be investigating accordingly. Stoke Newington Community Safety Unit is investigating the incident.

Sources tell YWN that the man injured in London is Reb Aron Wieser, who serves as the Gabbai in Satmar (26 Clapton Common). He was outside the house of the Rav Wosner when he was hit. He has a broken shoulder and ankle. He is making a Chasunah for his son in 4 weeks. Local sources also tell us that the driver simply lost control of the vehicle, and it is not suspected to be anti-Semitic attack.