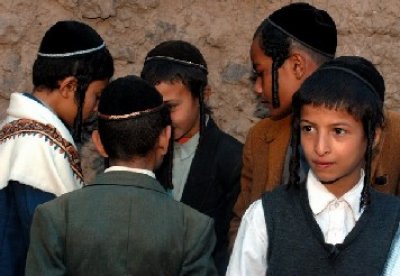 As fighting and instability continue in Yemen, Satmar activists are taking advantage of the anarchy to step up efforts to smuggle Jews out of the country. According to a Kikar Shabbat report, a number of Yemenite Jews have recently been smuggled out of the country, taken to Argentina.

Of late, the situation for the remaining Jewish community has turned increasingly hostile, to the point of life-threatening in some cases, prompting Satmar to increase efforts to save the last remnants of the once thriving community in that country. Since the rebels began efforts to overthrow the current government, attacks against Jews have increased significantly, creating the volatile situation that exists today.

It appears that over recent days, 21 Jews, including three widows and an infant have been successfully taken out of the country, brought to safety.

The report adds that due to the political sensitivities surrounding such an operation, the United States would not agree to serve as a safe haven for these Jews, so Satmar decided to move them to S. America, to the local Satmar community in that country.

Satmar has been active in rescuing the last Yemenite Jews for a number of years, then absorbing them into their community. Satmar has come under criticism by many, who oppose turning the Yemenite Jews into Ashkenazi Satmar Chassidim.