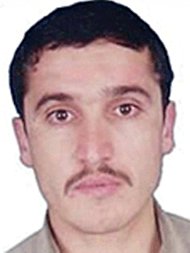 Al-Qaeda’s second-in-command was killed in Pakistan earlier this week, according to a U.S. administration official.

Atiyah Abd al-Rahman was killed Aug. 22 in Waziristan, a tribal area of Pakistan along the border with Afghanistan, according to the official, who wasn’t authorized to comment publicly on the matter.

No information was immediately available on how al-Rahman died. A strike by an unmanned drone aircraft in Waziristan was reported that same day. CIA drones are used by the U.S. to hit terrorist targets in the mountainous and lawless border area.

A Libyan national, al-Rahman rose to the number two position — behind Egyptian Ayman al-Zawahiri — after the May killing of Osama bin Laden and was deeply involved in directing al-Qaeda’s operations even before bin Laden was killed, the official said.

Documents pulled from the bin Laden compound after he was killed by a U.S. military team showed that al-Rahman had multiple responsibilities in the organization, making his death a significant blow to al-Qaeda as he will be difficult to replace, the official said.