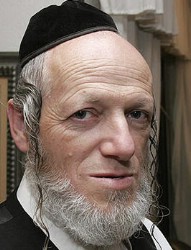 Zaka founder and leader Yehuda Meshi-Zahav gave an interview to Kikar Shabbat ahead of Rosh Hashanah, addressing a number of topics relevant to the chareidi tzibur. Following are excerpts of the interview.

There were accomplishments, including the social injustice protest tens which in a two week period accomplished that which chareidi representatives were unable to accomplish in 66 years. I am sorrow regarding this reality. When there is a just cause, they know how to present issues, like the protest of 400,000 but despite this, we announce that we too have accomplished for our tzibur, and we tell of a mere NIS 6 additional funding per avreich in kollel, a very sad reality indeed.

You ask about chareidi politicians but I look at the big picture. I know and maintain a relationship with all the politicians, from left to right, Arabs and Jews, including the chareidim of course. It has been 2.5 years and I sat down with our representatives, who asked what they can do, asking what we need. I of course presented detailed lists and plans regarding Zaka and chareidi rescue organizations, and to date, what have we seen, nothing. It is sad indeed. So what is this all worth, additional notices in Hamodia and HaMevaser?

I don’t suffer from them, but they suffer from me. It is a bad joke. Someone created them from nothing, Klotzkin, and he led them to the area where they are strong, the pashkavilim. They are a joke, plain and simple. All said and done, there are 50 or so, but we are talking about 5-10 of them. They have families, wives and children. Know their weak point and go for it. They can easily be stopped. I know because I deal with them this way. They do not want this to carry over to their homes and their immediate neighborhood. One must know how to deal with them, as one addresses a disturbed child. They must be isolated. Speak their language and they will be gone. Today, they have earned too much notoriety. In our day, when people bothered the rabbonim we knew how to deal with them – it is as simple as that. We simply put an end to it. Today we seem compelled to analyze the phenomenon and we write endless articles. Simply deal with them in the language they understand.

ON THE DISPUTES BETWEEN CHAREIDI RESCUE ORGANIZATIONS

At the end of the day, they cannot be compared to Magen David Adom. We must realize limitations. A bit of modesty would be appropriate here. MDA has 12,000 volunteers and 850 ambulances. We have between us 4-5 ambulances, enough to provide coverage for a hachnasas sefer Torah or a half day activities in Meron. Take Versailles for example, even MDA had to call the IDF Homefront Command for assistance. How can we attempt to undertake such a responsibility? Chas V’sholom, I don’t want to even speak about it but what if something happened in Meron and there was a need to evacuate hundreds of injured and there were many dead – could we handle such a situation, of course not. We can assist but it is not realistic to think we can become the main organization assuming responsibility. When I spoke to R’ Gafne on this matter I explained the exact same thing.

Regarding the dispute between the various organizations, everything can be resolved if there is a willingness from both parties. What remains insurmountable is ego, and if this is the case there is nowhere to go. Please, I read chareidi newspapers here and abroad, and one reads about a car accident. It always mentions the chareidi rescue organization that treated and transported the patient, indicating that here and there MDA does something. This is all ego and nothing more. There are two sides to all disputes and when asked by the government committee investigating the status of the organizations I said the exact same thing.

Whoever was never there cannot understand. Forget about what Zaka does there. There is a unique atmosphere that is difficult to describe. When one sees the Tikun Clali at Chatzos, one sees Jews from all walks of life, together, reciting Tehillim. Then the singing begins. There simply are no words to describe this. The unity is simply indescribable. There are frum, non-frum, chareidim, tattoos, earrings, dati leumi and whatever else you can imagine, but something unites them all. Last year we began in a small way and today, responding to requests from the IDF Homefront Command and others, we have set up a security unit since officials are unwilling to rely on local security in Uman. There is a new ambulance this year and a quasi hospital. We have truly invested and established a significant response to the need.

There are problems there as we know, including thefts, and not everything is anti-Semitism. It is some of our people too. Not every argument involving goyim in the area is anti-Semitism against the Uman mispallalim.