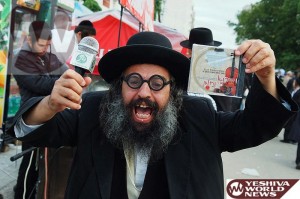 A student in the Slobodka Yeshiva in Bnei Brak informed his mother that he would not be home for Rosh Hashanah, but he would be remaining in yeshiva. When his parents contacted the yeshiva on erev yomtov they learned he was not there.

Since motzei Shabbos the concerned parents have been calling everyone they know trying to track down their son, becoming increasingly concerned by the hour. On Sunday (4 Tishrei) they contacted the Zaka missing persons dispatcher but they were told they are compelled to first file a missing persons report with police.

The parents hesitated, explaining they did not want to go to police on the small chance that their son decided to go to Uman. They contacted Av Beis Din HaGaon HaRav Nissim Karelitz Shlita, and the decision was made to turn to police today, 5 Tishrei.

Baruch Hashem, their son appeared shortly before they planned to contact police. He was in Uman for yomtov and Baruch Hashem arrived home safe and sound.

The parents explained that of late, their son was becoming closer to Breslov, leading them to believe that may be a possibility, explaining their hesitation to file a missing persons report with police.