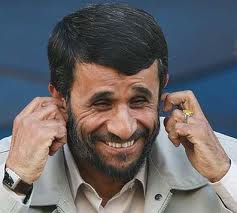 In his latest diatribe against Israel, Iranian President Mahmoud Ahmadinejad explained that peace could be achieved between Israel and the PA (Palestinian Authority) if only the Jewish immigrants would return to their homes, to their countries of origin. This he explains would make room for the “Palestinian refugees to return home”. He made his remarks while attending the 5th International Conference on Palestine in Tehran.

“Some poor people were brought to Palestine on the promise of security and jobs while they made Palestinian people into refugees… So now Palestinians should go home and those brought here should go to theirs,” Ahmadinejad was quoted by AFP as saying.