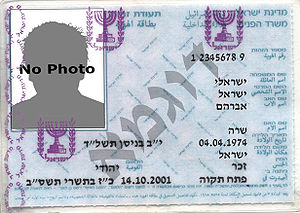 A major break has been announced as Justice Ministry officials have been investigating an unprecedented breach in the nation’s population database registry in 2006. The information was made available via the internet in many cases, including one’s name, identification number, date of birth and family relations, a database including over 9 million names, including deceased family members. Sensitive information pertaining to adoptions and natural parents as well as kuppot cholim (HMOs) were also contained in the database.

Six suspects have been fingered in the ongoing investigation, described as “members of the chareidi community and yeshiva students”. The allegations include the breaking into the restricted government computer, as well as selling information for profit.

The six were arrested and they are banned from leaving the country. A hearing is expected during which a determination will be made regarding criminal charges against the six.

The investigation began in 2007, focusing on an anonymous person calling himself Ari. Ari uploaded a program that gave anyone access to the state’s population registry. A fairly easy search would provide one’s information, including address, phone number, family members and their information and so-forth.

In 2009, investigators learned that an employee in the Labor & Welfare Ministry with access to confidential records took the database home, including classified information. He made a copy which eventually made its way to a yeshiva student, who decided to sell it. The purchaser is the one who modified it, making it accessible, passing it over to Ari. The database on the internet was even updated as the ministry updated personal records.

Ari was eventually tacked down after much difficulty. It appears he was using false ISPs and internet cafes for much of his work, successfully evading authorities for some time. He was found to be a computer technician working in the capital. Undercover investigators arranged a meeting with him under false pretense, enabling them to learn that he has the database in his possession and that he was the person they were looking for.

On a side note, one person who paid for the database was a collector, yes, an individual who over the years collected population registry information, and according to authorities, he had many versions from a number of years in his possession.

While the breaking of the case earned banner headlines in Israel, the attorney of one of the suspects is quoted as saying that once again, this is a case in which there is much fanfare surrounding the news but ultimately, it too will vanish since there was no crime, no major law-breaking. He explains that any Israeli knows that any third rate private detective has a copy of the national database, and information here simply was unprotected for many years.

The breaking of the investigation does however bring the matter of the biometric database back into the front pages of the national news agenda, the ongoing debate surrounding such a plan. In 2009, the Knesset placed the matter of a national biometric database on hold, seemingly unable to decide with so many prominent scientists and data protection experts lining up on both sides.

The opponents to such a national database are using this latest incident to warn that if a biometric database was ever broken, the results would be far more catastrophic.

In actuality, Israel is lagging behind. Back in May of this year, citizens were told they would be called to exchange their identity cards for new smart versions, but as in past years, this has yet to be actualized. Today, one’s identification card consists of a laminated card and photo that any novice can duplicate with a camera, colored scanner and inexpensive laminating machine.

When serving as head of the Knesset Science Committee, MK Meir Sheetrit warned of the need for biometric smart identification cards, pointing out this was the only hope of halting the increasing trend of illegal aliens obtaining falsified identification papers. The very same Sheetrit, in his capacity as minister of the interior in 2008 announced new passports were going to be issued. This too has yet to occur.

One other problem surrounds Israel’s outdated passports. Israel has requested that its citizens be permitted to enter the United States without requesting a visa. The US Department of State has responded with instructions to first move over to biometric passports since the current outdated passports are too easy to forge and the US was unwilling to rely on such a document to attest to one’s identity, compelling non-citizens to go through the visa application process. Once this occurs, the Department of State is willing to entertain such a request. This too has yet to occur.