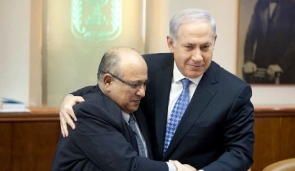 When former Mossad Director Meir Dagan released his comments to a Tel Aviv conference, he was under the impression the event was not being covered by the media. Nevertheless, it was and the local press has been having a field day with the former senior intelligence community’s comments, stating “A hero, I wouldn’t exactly call Gilad Shalit a hero”.

“I’m not sure I was thrilled with the fact that Netanyahu greeted him back. It seemed problematic to me, he’s being portrayed as a hero, I would beware of such definitions.”

While not actually saying it, Dagan was most likely referring to the fact that Shalit and other members of his crew were fast asleep on that fatal day over five years ago, permitting Hamas terrorists to kill two soldiers, injure a third and take Shalit captive. This was learned when officials debriefed the soldier who was wounded in the attack, explaining they were simply caught off guard. The rest is history…

The irresponsible actions of the soldiers resulted in loss of life, much anguish for his family and the nation, and the release of 1,027 terrorists.

Dagan stressed that while the nation has no choice but to negotiate Shalit’s release, it was a most costly deal and there can be no doubt that it was wrong to release terrorists back to PA (Palestinian Authority) autonomous areas, realizing many of them will return to their profession of killing Israelis.