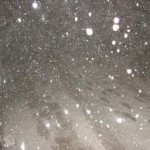 Following a number of pleasant days with bouts of sunshine, winter is back and it is returning with a fury.

TUESDAY (5 Adar) Partly cloudy skies with temperatures dropping towards evening accompanied by high wind gusts and sandstorms in southern areas. Rainfall will begin in the north during the afternoon hours and the precipitation will intensify and spread to the center of the country during the nighttime hours.

Wednesday (6 Adar) Rain in parts of the north and center accompanied by strong winds and isolated thundershowers. Rainfall is also predicted for the northern Negev, accompanied by flash flood warnings. In the northern Golan Heights, snowfall is expected as temperatures continue to drop, reaching unseasonably cold numbers.

Thursday (7 Adar) Rainfall will continue from the north to the northern Negev accompanied by strong winds. Snow will begin to fall atop northern area mountainous regions, and light snowfall is possible in high areas in the center, including the capital. Temperatures are expected to remain unseasonably cold and flood warnings in low lying areas remain in effect.