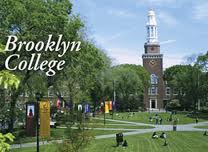 Brooklyn College says allegations that it discriminated against Jewish faculty are entirely without merit.

The school responded Tuesday to claims that its provost, William Tramontano, has denied Orthodox professors promotions and blocked the hiring of Jewish women.

But college spokesman Jeremy Thompson said the allegations are based on erroneous information. He said each hiring and promotion decision was made individually, “for rational and appropriate reasons.”

He also said there was no merit to suggestions that an anti-Semitic atmosphere existed at the school.

Tramontano has been provost since 2008.