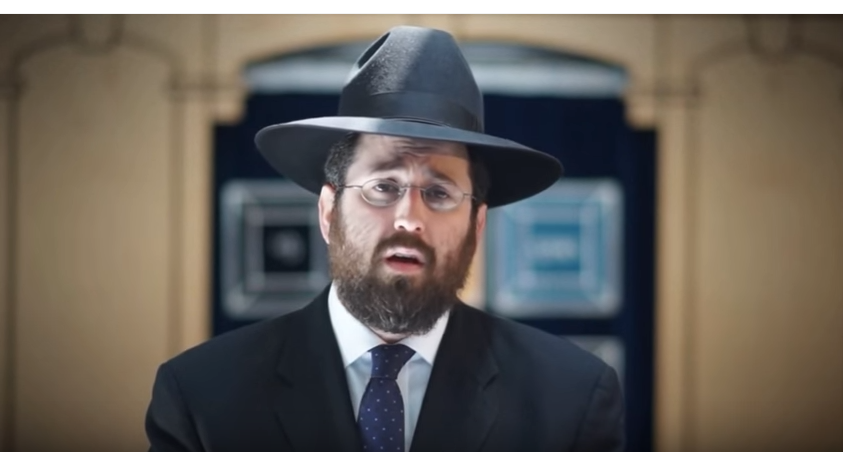 This coming Shabbos, Im Yirtzeh Hashem, 20 unaffiliated Brooklyn college students, enrolled in BJX’s Kiruv classes, will experience their very first Shabbos with the BJX Kehilla. It’s a milestone for all of Klal Yisroel to celebrate and shep nachas from. Imagine, young adults living in Brooklyn, surrounded by frum Yidden, experiencing their first Shabbos. It’s an almost unparalleled thrill to have the zechus of reintroducing Hashem’s precious kinderlach to their heritage.

I’m often asked to prove the divinity and authenticity of the Torah. In past decades, the questioners, skeptics and truth seekers who engaged me were secular Jews, similar to the college students that are in our program. There’s a relatively new phenomenon, in which adults from frum and heimish backgrounds have gnawing questions and lingering doubts with regard to the veracity and truth of the Torah. Why now? Perhaps it is the preponderance of atheistic material available online or that the world is growing increasingly more liberal, licentious and anti-religious. Or perhaps it is because Yiddishkeit has come to be viewed, very unfortunately, as cumbersome, instead of joyous and invigorating. What happened to the exuberance and jubilation of, Ma Ahovti Torasecha, Kol HaYom He Sichosi? Whatever the case, it is incumbent on us to give edification, discuss the issue and not bury our heads in sand. I’d also like to tackle a subject that has been unfortunately distorted and has left many people confused; the issue of gender roles in Yiddishkeit.

Where did non-observant Jews come from?

For thousands of years of Jewish history there wasn’t a unique nomenclature classifying Torah-deviant Jews. Denominations like Conservative, Reform, Orthodox and Open- Orthodox were non-existent. One was either more observant, less observant, or, in highly atypical cases, non observant.

Until the early-mid 19th century no one challenged the universally accepted truth of Sinai. Then a neo-Jewish movement began in Berlin that sought to reconcile modernity with Judaism. For the sake of progressiveness and to facilitate assimilation, this movement claimed the Torah had not been God-given, and that it was not incumbent on Jews to follow it. They postulated that the Torah was man-made and subject to change – and in “modern times” obsolete.

In 1837, Abraham Geiger called the first Reform rabbinical conference in Wiesbaden, Germany, and declared: “The Talmud must go, the Bible, that collection of mostly so beautiful and exalted human books, as a divine work must also go.” Samuel Holdheim headed the Reform congregation in Berlin. He disavowed many cardinal features of Judaism: circumcision, covered heads during worship, the tallis, blowing of the shofar, the use of the Hebrew language, and the mention of Zion, Jerusalem or the land of Israel in any service.

By the mid-19th century, Reform had dethroned Jerusalem in favor of Berlin. The Jewish Sabbath was changed from Saturday to the Christian Sunday. The synagogue began resembling the church in its aesthetics and services. German Reform also had the gall to abolish the “automatic assumption of solidarity with Jews everywhere.” Adherents of Reform described themselves as “Germans of the Mosaic persuasion,” rather than as Jews.

This movement gained momentum. In the end, traditional observance by European Jewry gave way to assimilation, intermarriage, and conversion to Christianity. By the advent of World War II, over 40 percent of German Jews had intermarried and many Christianized. Even in Poland, that bastion of traditional Jewish observance, two-thirds had ceased to keep the Shabbos. There was a tremendous attrition rate from the frum community. So many people were abandoning Yiddishkeit. Tragically, there was little if no Kiruv activity in Germany and Poland. One can imagine had there been an organization like BJX for both the frum and non frum, how many generations of Yidden could have been saved.

What went wrong? Modernity is by its very definition relative – subject to the capriciousness of men and society. Any notion defined by modernity is fluid and can be changed according to time, place, and situation. Modernity itself is therefore useless in defining a standard of right conduct. Judaism, a divine institution, operates in the sphere of eternity, which is, by definition, absolute. Absolutism transcends the vicissitudes of mortal whims, as it is forever valid.

This brings us to the timely issue of open orthodoxy and women rabbis. Jewish tradition, cognizant of the physiological, psychological, and spiritual makeup of human beings, distinguishes between men and women. It actually gives deferential status to women. According to many meforshim, women are exempt from certain mitzvos due to their exalted status. As John Gray famously wrote, “Men are from Mars and women are from Venus.”While we may be two sides of the same coin, we are different. That’s how God designed things. As sefer Bereishis carefully explicates, a woman’s role is reflective of the fact that she is often the silent hero, working behind the scenes as the nurturer, sustainer, and catalyst.

A difference in roles is by no means a diminution in value. Whether it was in Egypt, Eretz Yisroel, Persia, or Syrian-Greek occupied Eretz Yisroel, throughout Jewish history women have heroically redeemed the Jewish people, albeit in a uniquely feminine manner. A recent Time magazine article suggested that feminism may have contributed to more sadness in women than happiness. When modernity supplants eternity – when innate, ontological strengths are skewed and distorted – it’s time for pregnant pause and introspection.

Judaism teaches that in every male-female encounter there is a unique dynamic at play, with potential for exploitation. This is precisely why safeguards apply, in order to maximize necessary propriety between genders. Studies suggest that irrespective of environment (even in academic and corporate milieus) men have a tendency of viewing women colleagues, superficially, as women.

Judaism’s tradition of modesty is meant to preempt potential disregard for a woman’s intelligence and spirituality. The shofetes Devorah was not your typical public functionary. Though she was ordained by God to judge her people, it was a pro tempore role and special guidelines were prescribed to safeguard her intrinsic femininity.

The prognosis for Reform and Conservative Jewry is bleak. A break with tradition is a failed experiment. Only Traditional Judaism – a.k.a. Orthodoxy – once deemed a relic of the past, is in upward swing. The secret to its success? Not capitulating or kowtowing to transitory ideas or ideals but rather harnessing modern knowledge and invention to complement religious experience.

Obscuring the divinely endowed roles of man and woman is tantamount to denying God’s Omniscience. As we stand at the precipice of a new threat to tradition with the advent of Open Orthodoxy, it is incumbent on us to reaffirm our fealty to the Omniscient Knowledge of our Creator.

We don’t need new movements. The creation of new movements has only hurt us and have been exceedingly counterproductive. What we do need are programs that inspire and galvanize Klal Yisroel to reach greater heights and programs that imbue Yidden with a greater sense of belonging and excitement.