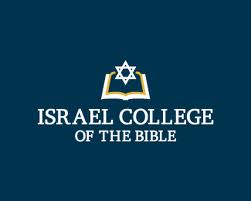 The Israel College of the Bible located in Netanya has recently acquired additional land to expand the campus and its missionary activities, NRG reports.

The school began operating in the city two years ago, and has since succeeded in purchasing roof rights of the building in which the college occupies two stories. This will permit construction of an additional two stories for the campus. The school reached out to supporters to help fund the project to the tune of 1.3 million NIS, and it appears it has succeeded in raising the sum to permit moving forward.

Organization director Dan Sarad, who is known to be an active Jews for Yeshu official, is quoted as saying the institution has growing support in the city, and there are many residents who believe in Yeshu, adding the movement’s main office is located in Jerusalem where most supporters reside.

There are many frum Jews in the city who are outraged over what is taking place, the missionary activities which are illegal under state law and endangering the nation and its Jewish residents.