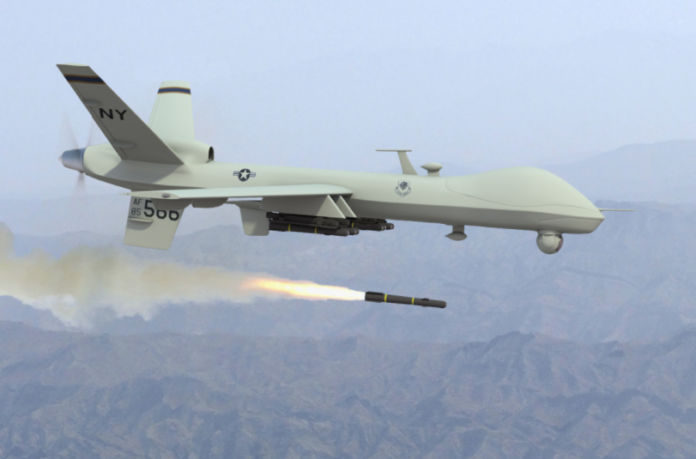 Pakistani intelligence officials say a suspected U.S. missile strike has killed a militant commander and his aide in the country’s northwest.

The officials spoke on condition of anonymity because they were not authorized to speak to the media on sensitive matters. They say the targeted house was being used by a commander of the militant Haqqani Network named Abu Bakr, and he was at home at the time of strike.

The officials say the missiles were fired from a U.S. drone which had been seen hovering in the area.

Pakistan frequently objects to drone strikes within its territory, calling them a violation of its sovereignty.