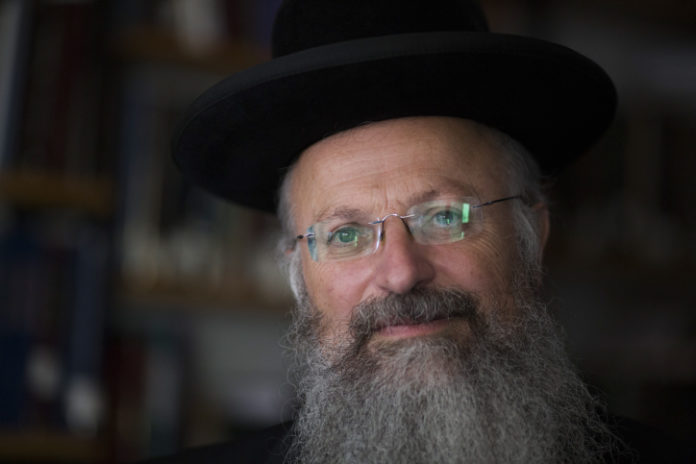 Tzfat Sephardi Chief Rabbi HaGaon HaRav Shmuel Eliyahu Shlita is calling on Hadassah pediatric oncologists and hospital administration to enter into dialogue, which should also include Health Minister Yaakov Litzman. He added that physicians responsible for children should not be striking, bringing pesukim from Parshas Hashavua, Chukas referring to the ‘nachash hanechoshes’, healing and how pikuach nefesh supersedes Shabbos – showing the significance of saving lives as being of paramount importance.

Rabbi Eliyahu fears the strike may lead to loss of life among the pediatric victims chas v’sholom, citing police and soldiers are other groups of professionals prohibited from striking.

In a related matter, on Tuesday 3 Tammuz, the parents of the children rejected an arbitration recommendation from the High Court of Justice, which heard the case during the morning hours. However, Justice Yoram Danziger would not hear of it, appointing recently-retired High Court Justice Elyakim Rubinstein as mediator between the sides, adding Rubinstein has already informed the court of his willingness to act in this capacity without a fee.

The case was filed by attorney Shraga Elad, who represented the parents, who explained, “The petitioners are willing to attend arbitration efforts as there were many suggestions. There was an agreement towards mediation, including within the Health Ministry, and despite the fact that the ministry’s Director-General gave the green light, the next day, the minister shot that down”.

After hearing Justice Danziger appointed Justice Rubinstein to mediate between the parties, Health Minister Yaakov Litzman issued the following statement: “I am asking you to put the past behind us and to provide a real opportunity for this step, for the benefit of the children, and we are seeking to bridge honestly and transparently, in order to find a solution to the difficult crisis as quickly as possible for the good of the dear children.”