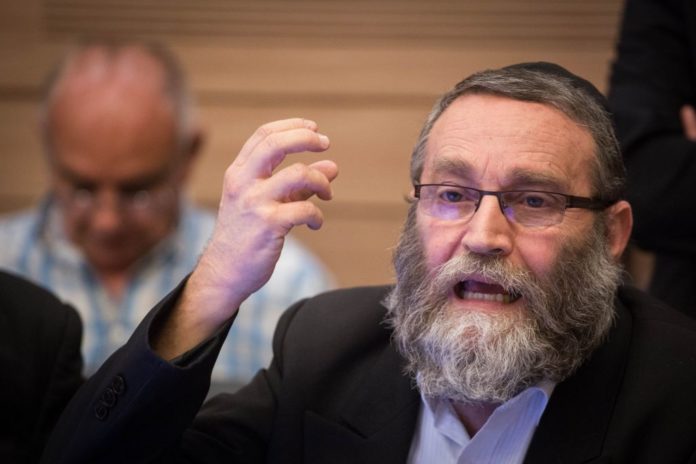 Chareidi MKs are furious over the Bayit Yehudi party’s willingness to openly meet with heads of Reform Jewry in Israel following the decision to freeze the status quo at the Kosel. That decision, which was made by the cabinet on Sunday, 1 Tammuz, results in the de-facto halt to plans to establish an egalitarian prayer area near the Kosel.

There was an exchange of words in a Knesset hallway between MK Yaakov Asher and Deputy Minister Eli Ben-Dahan, with the latter being one of the Bayit Yehudi officials who attended the meeting in question.

Meanwhile, MK Moshe Gafni responded to the meeting of Bayit Yehudi and the Reform rabbis, and during a discussion in the Knesset Finance Committee, he questioned; “what if we, the chareidim, intended to meet with the Palestinians to discuss whether Amona was bothering them, and if so, they would work with them towards finding a compromise to give Bayit Yehudi a taste of the anger we felt over their meeting with the Reform”.

Gafni added: “Since there is a great disagreement among the people about the settlements, I intend to sit down with the Palestinians to see whether Amona is bothering them. If it bothers them we will sit and compromise and I will most likely request comprise between them and Bayit Yehudi.

Gafne sent a clear message to Bayit Yehudi, that the chareidim often back the dati leumi party on matters that it may not find as important while here, despite the sensitive nature of events, Bayit Yehudi meets with Reform leaders in Israel, eliciting the ire of the chareidi parties.