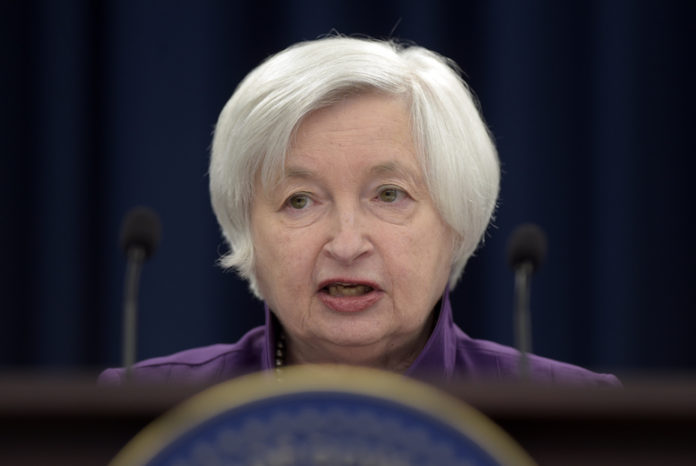 The Federal Reserve is figuring out when to start unloading much of its $4.5 trillion in bond holdings — a major turning point for an economy still healing from the 2008 financial crisis.

Some Fed officials want to announce the beginning of the process “within a couple of months,” according to minutes of the U.S. central bank’s June meeting released Wednesday. Others pushed for more time to first see how the broader U.S. economy fares during the second half of 2017.

What Fed officials all agreed upon in June was to publicly unveil its plan to gradually reduce the portfolio of bonds that built up after the Great Recession — which was part of an effort to make long-term borrowing more affordable and spur growth. The economy has now reached a solid enough point that the Fed may look to begin unwinding its holdings at some point this year.

Piegza said the Fed wants the market to have the time to digest the plan to reduce its portfolio and also an additional period for monitoring the economic data before committing to a start date.

The Fed’s holdings have surged five-fold since 2008, ballooning in size as the Fed bought Treasury and mortgage bonds. By taking the bonds off the market, the Fed helped to encourage lower long-term interest rates that made it less expensive for consumers and businesses to borrow. One of the goals of gradually unwinding the balance sheet would be to not disrupt broader economic growth despite the possibility of rising long-term rates.

Fed officials, led by chair Janet Yellen, appear to have felt reasonably confident about the economy in June.

The strengthening job market left most of them comfortable with raising a key short-term rate last month. They voted 8-1 to increase the federal funds rate by a quarter-point to a still-low range of 1 percent to 1.25 percent could lead to higher borrowing costs for consumers and businesses and slightly better returns for savers. The Fed foresees one additional rate hike this year without specifying when that could occur.

Of the officials voting on the rates, only Minneapolis Fed President Neel Kashkari objected.

The minutes show Kashkari was concerned that higher rates would make it difficult for inflation to accelerate from its low levels to the Fed’s 2 percent target. The Fed’s preferred measure of inflation is tracking at 1.4 percent over the past 12 months.

The path of inflation going forward appears to be a source of tension inside the Fed.

Several Fed officials expect the Fed to keep raising the rate “in coming years,” saying that would help stabilize inflation at 2 percent. This is because a rate hike can have an impact at a lag.

But a few Fed officials were less comfortable than the prospect of higher rates as implied by the central bank’s June projections, saying that too quick a path might prevent a “sustained” return to inflation at that level.

The Fed has raised rates three times in the past six months, but that hasn’t necessarily led to higher borrowing costs this year.

Longer-term interest rates have declined this year. Some Fed officials suggested at the June meeting that this reflects both the possibility of slower economic growth and the influence of the Fed’s own bond holdings. This has occurred as the stock market has also increased in value. A few Fed officials noted that stock prices were high relative to traditional methods of valuation.

Because of the markets’ performance and subdued volatility, a few Fed officials expressed concern about “a buildup of risks to financial stability.”

Still, the decision to reduce the Fed’s holdings came across as a sign of optimism for an economic recovery embarking on its ninth year.