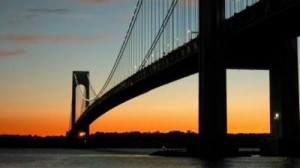 Staten Island residents could be on their way to a major toll break. State lawmakers and Port Authority officials have a deal in place to lower the E-ZPass toll to cross the Goethals and Bayonne Bridges and the Outerbridge Crossing.

Under the proposed deal, once drivers pay full price for their first two trips in any 30 days, it would cost them just $4.75 for the rest of that period.

Assemblyman Michael Cusick, who helped negotiate this deal, said it was a group effort.

“We’ve been working on this for the last couple of months,” he said. “It’s something that, again, all Staten Islanders, all the delegation members from Staten Island and Albany have worked very hard and our voices were heard.”

Staten Islanders have been unhappy with current discount programs, including the 10-trip plan, which has to be paid in full before trips are taken.

The Port Authority board will vote on the proposal Thursday.

Drivers would need to sign up for the new program.