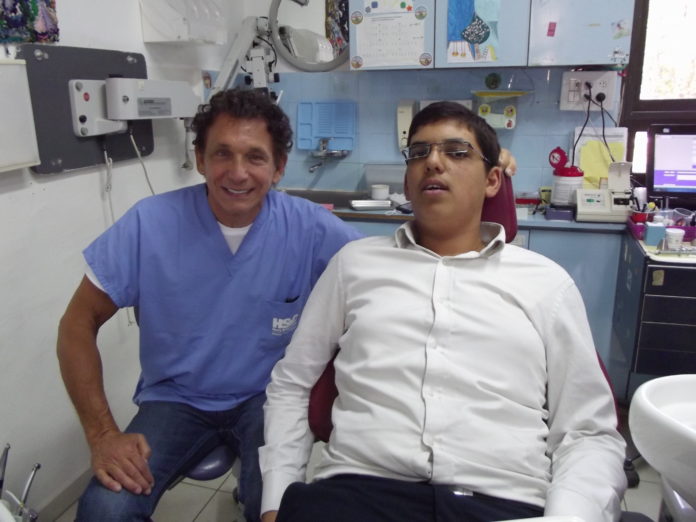 Sara, a 4-year-old child with Down Syndrome and the youngest in her family of ten, jumps into the dentist’s chair when accompanied by her oldest sister Galit. Beginning dental treatments at a young age will get her off to a good start and keep her smiling. Eden, on the other hand, is 21 and will never be caught smiling – she is missing her two front teeth as a result of violent abuse at the hands of her mother. Then there is Naftali, the fourth out of 8 children in his family. Despite the fact that both his parents work hard, they are having trouble supporting the family.

By the time he arrived at DVI (Dental Volunteers Israel) he needed a root canal, fillings and a pulpectomy. And let’s not forget the Refaeli family, victims of the Versailles Wedding hall collapse in 2001, who fell into financial difficulty when the mother was injured and unable to return to work and the father, after many surgeries got back on his feet only to be tragically killed by an exposed wire while leading his family into a bomb shelter. These are some of the patients of DVI – the only 100% free dental clinic in Israel which serves Jerusalem residents aged 4-26. For chareidi families who have been blessed with many children as well as and many others, even the minimal co-pays required at the government clinics make dental care and oral hygiene services unaffordable. Youth from lower socio-economic backgrounds are particularly prone to dental disease and in fact, 80 percent of all caries occur in just 25 percent of kids. With a social worker’s referral, these individuals will receive top quality dental care from specialists from around the world who donate their time and expertise to the DVI clinic.

DVI- Dental Volunteers for Israel is a non-profit organization established in 1980 by Trudi Birger, a Holocaust survivor, who vowed to ease the suffering of others if she were to survive. Based on her ethic of giving to those in need as if they were a member of your own family, the DVI dentists and staff do much more than dental work – they encourage youth to maximize their potential; they treat them with respect; they go the extra mile and often times provide patients with coats and schools supplies when seeing that just how poorly off they are. One of our dentists once asked his patient what he wanted to do when he grew up and the young man responded, “No one ever asked me that before. Maybe I will become a dentist!” Ten years later, he is one of our favorite local dental volunteers and he credits DVI with helping him succeed in life!

Annually, DVI treats approximately 3000 patients aged 4-26, representing over 11,000 individual treatments, and last year added the Free Dentures Program for Holocaust survivors and elderly in need. Over 130 dentists from around the world volunteer their services in addition to some of the local Israeli dentists who also volunteer their time.

DVI also serves as a teaching clinic for future pediatric dentists under the supervision of its clinical director Dr. Roy Petel who is a clinical instructor at the Hadassah School of Dental Medicine and a member of the Israeli Board of Examiners in Pediatric Dentistry.

Note: Families and patients have agreed to have their names used and displayed to assist the clinic’s efforts. 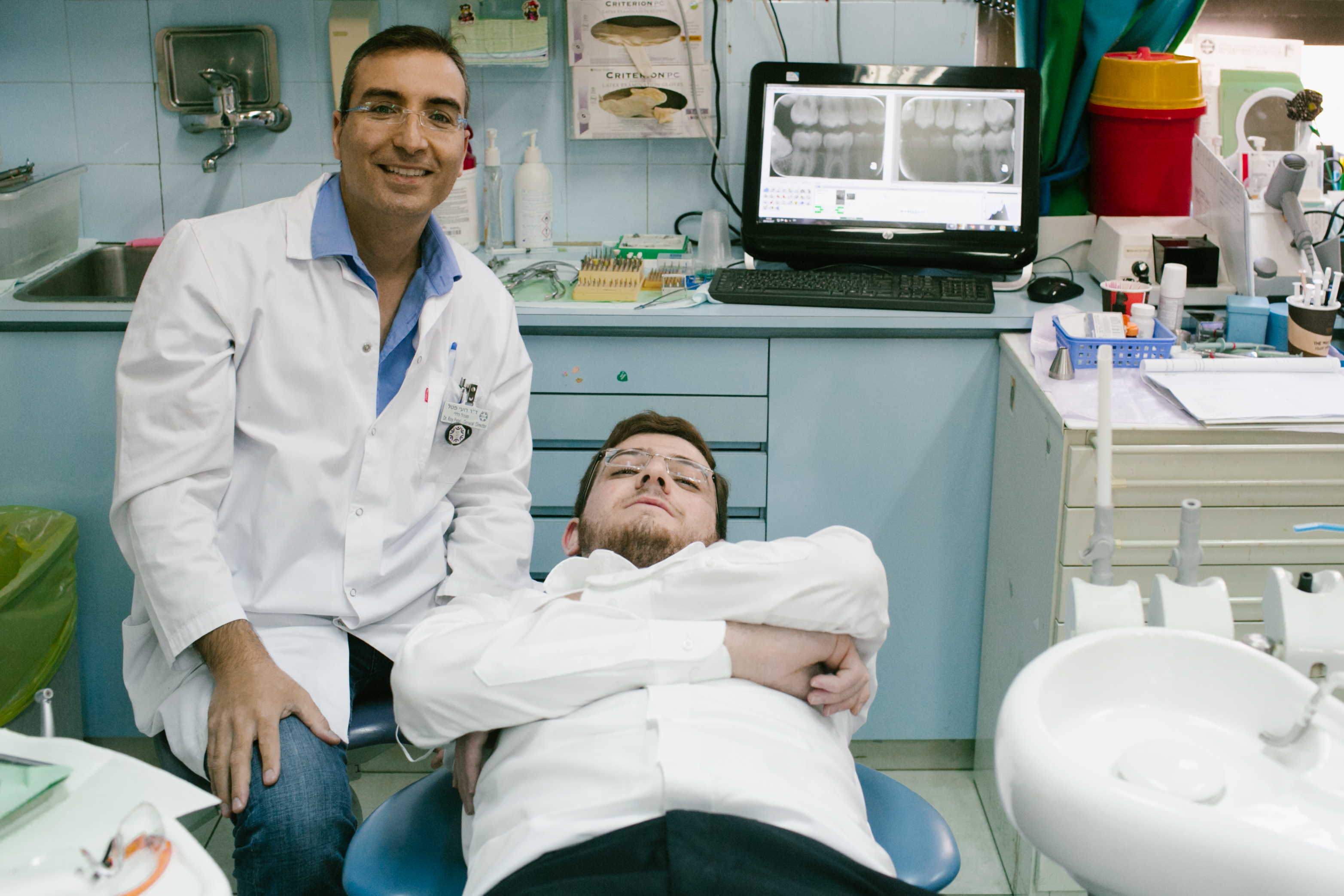