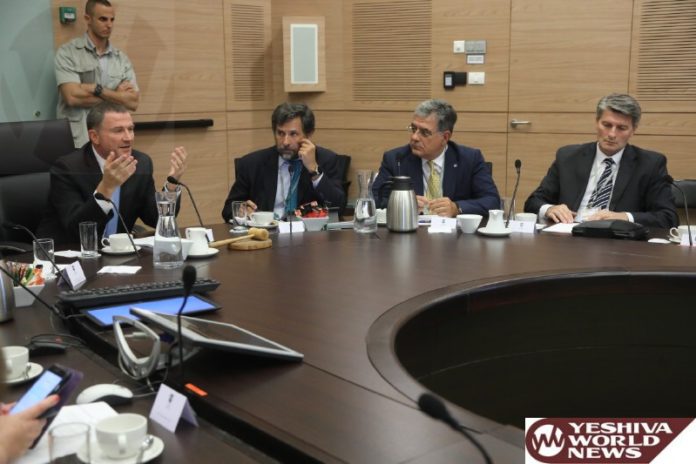 Knesset Speaker Yuli Edelstein and the Vice President of the Parliamentary Assembly of the Mediterranean (PAM), MK Amir Peretz, met at the Knesset on Wednesday 25 Tammuz with PAM President Pedro Roque of Portugal and 12 MPs from Turkey, Italy, Bosnia and Herzegovina, Monaco, Romania and Cyprus, who are members of the organization.

Speaker Edelstein told the guests, “We are trying with all our strength to develop cooperation with parliaments in the region, for the benefit our nation and the region`s nations. It is not always easy. Sometimes various actions take us back years, such as the outrageous comments of the Speaker of the Jordanian Parliament, who praised the terrorists who murdered police officers on the Temple Mount. This is not our way.”

Edelstein addressed the absence of members of the Moroccan delegation to PAM from the meeting at the Knesset. “I do not understand what I or MK Peretz did wrong that the representatives from Morocco chose not to meet with us,” he said.

PAM President Roque said, “Extremism is an obstacle to peace. The only realistic solution is two states existing alongside each other, under international supervision.”

After Roque mentioned the water shortage in Gaza, Speaker Edelstein said, ”The situation in Gaza is difficult and complex. Unfortunately, the rulers there choose to build tunnels and arm themselves with missiles instead of investing in schools, hospitals and electricity infrastructure.”

A Turkish MP mentioned the PAM delegation`s visit to the Yad Vashem Holocaust museum and said, “We are against antisemitism, just as we are against Islamophobia. The holy sites in Jerusalem must be protected. Peace is the best security.”

In response, Speaker Edelstein said, “I hope the relations between Israel and Turkey will prosper again. We give freedom of religion to all religions in Jerusalem; this is why we have the security measures in place. We will not allow terrorists to have access. Just as they shot the policemen (on Har Habayis), they could have shot women, babies or members of other religions. There are security arrangements at the Kosel as well, and visitors undergo security checks.”

PAM is the forum where the parliaments of the region ”come together and operate to reach those common objectives towards the creation of the best political, social, economic and cultural environment and conditions for the fellow citizens of the member state,” according to its website.

PAM is a regional interstate organization, an Observer at the General Assembly of the United Nations and with a specific international juridical status. “The Assembly plays a fundamental role as an organization whose activities are firmly rooted as a complementary asset to the work of other regional and international bodies entrusted with the responsibility to foster security, stability and peace in the Mediterranean.” 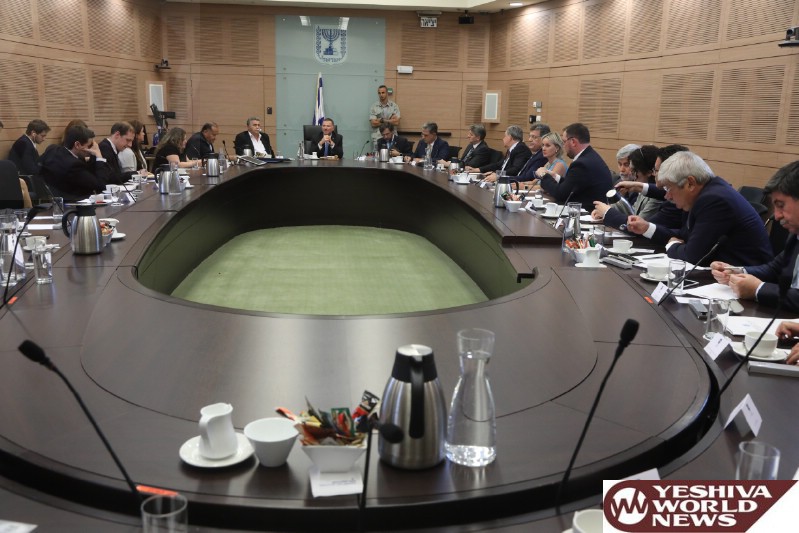