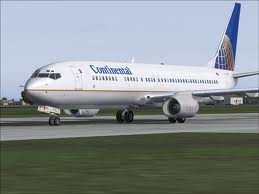 Flights in and out of Newark Liberty International Airport were briefly suspended this afternoon after smoke in an elevator shaft forced the evacuation of the control tower, officials said.

The evacuation was ordered after smoke was detected at 12:40 p.m., said Steve Coleman, a spokesman for the Port Authority of New York and New Jersey.

Controllers moved to an alternate location to continue directing air traffic, but officials said the smoke cleared a short time later and planned to move controllers back to their normal posts in the tower.