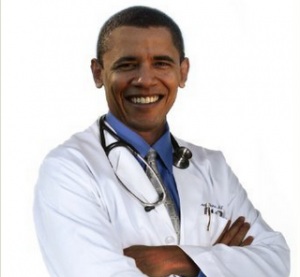 House Republicans launched an all-out assault Tuesday against President Barack Obama’s signature health care reform law, holding a series of committee hearings and other events ahead of a planned vote Wednesday on repealing the measure.

At news conferences, in media interviews and before congressional panels, GOP opponents of the 2010 Affordable Care Act depicted it as an unwarranted government intrusion in their health decisions that would reduce patients to commodities treated on a cost basis.

Any House repeal effort is sure to die in the Democratic-led Senate, and the White House made clear Obama would veto such a measure.

However, the daylong attacks on the health care law were intended to ignite public opposition to the law and force Democrats to publicly defend it. Republicans made clear that the goal is to inspire voters to rally against the law.

“If you give us more elected representatives to fix this problem, we will fix this problem in 2013,” House Budget Committee Chairman Paul Ryan, R-Wisconsin, said in an interview with CNBC.

The vote Wednesday will be the latest in a series of dozens of House GOP efforts to undermine the health care law, including previous Republican-led moves to repeal the measure or cut funding for various provisions. Even when passed by the House, the measures have mostly died in the Senate.

Wednesday’s vote will be the first on the subject since last month’s Supreme Court ruling that upheld the constitutionality of the popularly act known as Obamacare.