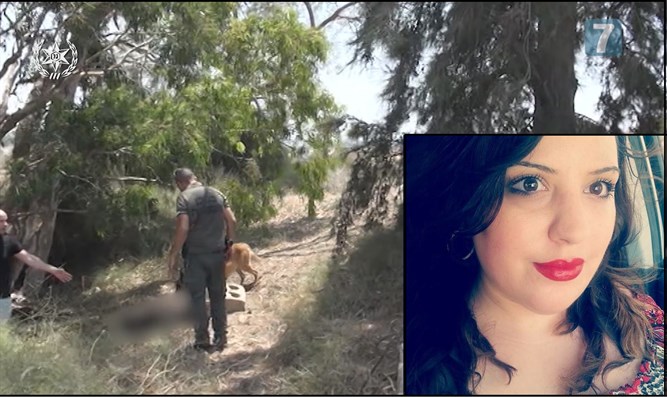 On Wednesday 10 Av, police partially lifted a gag order on the case of the murder of Yishav Adam resident, 29-year-old Michal Halimi HY”D. She was reported to be a missing person at the end of May and the investigation began on that premise. Police soon learned that she left her home on her own volition, to meet with an Arab male, a PA (Palestinian Authority) resident, who she was planning to marry.

According to Yad L’Achim, “in spite of the various signs that indicate that Michal is absent from her home on her own, it seems that the Israel Police has acted negligently since the husband filed a complaint about his wife’s absence and delayed the activity to locate her.

“In addition,” says Yad L’Achim, who handles many similar cases of Jewish girls who make contact with Arabs, “without coordination with the family and despite the fact that she was promised that by Sunday the gag order would not be lifted, the family learned this morning, surprisingly, that the gag order was lifted and the murder was published in the media hours before the levaya. The conduct of the police in this case joins the conduct of other cases that we have accompanied in the past in the organization – when the police are slow and do not understand the seriousness of the things and the red signs that go up all the way.”

Yad L’Achim stresses, “this is not a romantic murder. There must be no doubt about it – the presentation of the murder as if it were a murder on a romantic basis alone is detached from understanding the situation. Michal was also murdered because of her Jewishness – the nationalist background is an inseparable part of this story. It is part of the long statistics of Jewish women who find themselves in a romantic relationship with Arabs and find themselves in a violent and suffocating relationship. In Yad L’Achim, we encounter such cases on a regular basis and try to help and support these women in finding a way to build a new life.”