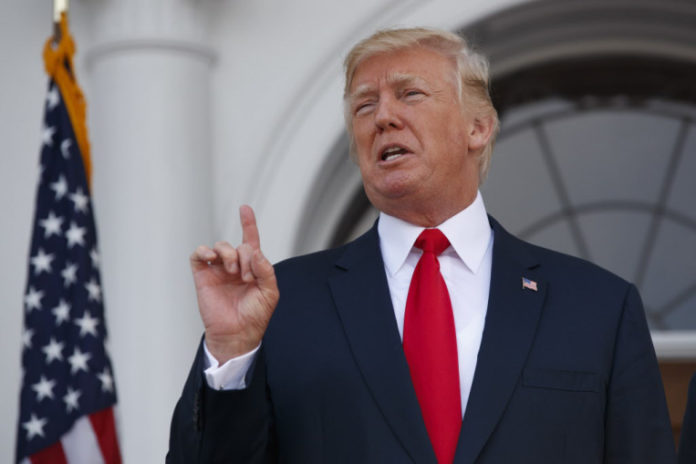 As a young boy, the first president I remember was Gerald Ford. (Yes I know, I am aging myself. I just turned 51.)

His predecessor Richard Nixon was a great leader and protector of America. Obviously he was indelibly marred by the Watergate scandal, which sealed his fate, and resulted in Nixon becoming the only American president to have resigned his office.

But following his resignation, America went into a forty year slump, as far as presidents go.

Gerald Ford had no chance to succeed. His entire 2½ years in the White House were devoted to mending the American people, and recovering from Nixon’s stains. One cannot push forward any agenda under such circumstances.

In 1980 Ford was defeated by Jimmy Carter.

What can I say? Although he was the governor of Georgia before becoming president, but a career peanut farmer isn’t exactly the right man for the nation’s highest office.

Carter’s mishandling of the Iranian hostage crisis will not find him favor with presidential historians. (444 days, amounting to nearly ⅓ of his presidency.) The Israeli-Egyptian peace he brokered was very positive (it has lasted virtually unharmed till today), but retroactively, we know how much of a sonei Yisroel Jimmy Carter really is.

Next came Ronald Reagan. Many Republican candidates in the the 2016 election advertised to voters that they will be the next Ronald Reagan. Reagan was indeed a “cheerleader” for American, having bolstered the American nuclear arsenal against the Soviet Union, and creating a positive economy.

But we must not forget that Ronald Reagan was a movie star. They called him “Ronald MacDonald” at first. There is a clip on YouTube, that shows each president taking the Oath of Office. Have a look at Reagan taking the oath, and note his facial gestures. It clearly sends us a message that he’s on stage, receiving acting instructions from a director. Again, I’m not taking anything away from Ronald Reagan’s accomplishments, but at the end of the day, he was an actor, which diminishes that sanctity of the office.

Ronald Reagan’s vice president was George H.W. Bush, who defeated Mike Dukakis in the 1988 presidential election. In one of the debates, Dukakis (who was against capital punishment) was famously asked if he would favor the death penalty if his own wife would be raped and killed. He answered, “no”. Is it that difficult to defeat such a candidate who has very little regard for humanity?

But George H.W. Bush was leveled by Saddam Hussein. The Iraqi leader completely ignored the president, and launched the Gulf War against Israel. President Bush did not allow Israel to retaliate! Can you imagine? I don’t regard him as a good president.

Now we enter the Bill Clinton era. He may have done something to boost the economy – but any president that gets impeached, especially for what he was impeached for – is not a good president in my eyes.

In the 2016 election, candidate Jeb Bush was asked how he would act differently, since the American people are tired of dynasty politicians. His brother George W. Bush solidified that dynasty by defeating Clinton’s vice president Al Gore in the 2000 election.

Bush was definitely pro Israel during his two terms in office. But his facial reaction upon hearing about the September 11 attacks said it all. It’s possible that he knew about it beforehand, or wasn’t that phased by the tragedy.

Next came Barack Obama. I’d rather not discuss his presidency, but I’ll make one reference, which sums it all up.

Secretary of State John Kerry flew to Moscow to meet with Russian Foreign Minister Sergey Lavrov. The latter put the former on hold for seven hours before meeting him! Is it a wonder why the next president’s slogan was “Make America Great Again”?

Many frum people were intrigued by his campaign, while many other Americans were disgusted by it.

But on November 8, 2016, the American people spoke, and suddenly America changed course.

Starting to work for America well before his inauguration (a rarity for president-elects), Trump brokered the deal with the Carrier factory in Indiana, which was soon to close done, and the jobs were to be sent to Mexico.

I lived in Detroit for many years, and wrote software for the automotive industry. How pained I was to learn that the assembly plant that I frequently visited was being shut down, and the jobs were shipped south of the border. But President Trump pulled through again, as only the author of “The Art of the Deal” can. He negotiated with the relevant parties, and revived the otherwise dead plant.

His list of achievements continued with the Foxconn $7 Billion contract to build the Taiwanese factory near Milwaukee. And even white-collar workers will benefit from his presidency, with the huge Japanese investment in Palo Alto.

True, there is a significant amount of in-fighting in the Trump White House, and nobody’s proud of that.

True, his demeanor, and choice of words, don’t necessarily reflect that of a frum Yid.

But for all of his accomplishments, including standing strong and firm against the North Korean threat, I will always support President Donald J. Trump, through thick and thin.