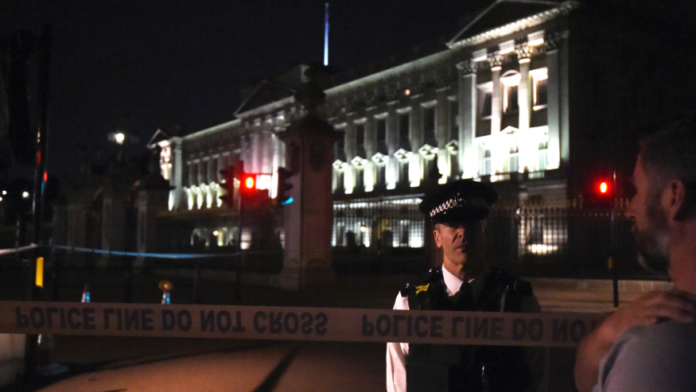 Police detectives on Sunday arrested a second man in London in connection with what they called a terrorist incident near Buckingham Palace, when a man drove up to a police van then reached for a 4-foot (1.2-meter) sword.

Three police officers were slightly injured Friday night as they confronted a 26-year-old man who approached a police van in a restricted area outside Queen Elizabeth II’s London residence then reached for the sword in his car. The man, who repeatedly shouted “Allahu akbar!” (“God is great” in Arabic), was arrested on the scene.

Scotland Yard said a second suspect, a 30-year-old man, was detained Sunday in west London on suspicion of involvement in terrorism. Officers were searching an address in the area as part of the probe.

The force added that a warrant has been granted to detain the first suspect until Sept. 1.

Police had said Saturday they believed the man was acting alone and were not looking for other suspects.

Palace officials declined to comment. British media reported that no members of the royal family were in the palace in London at the time.