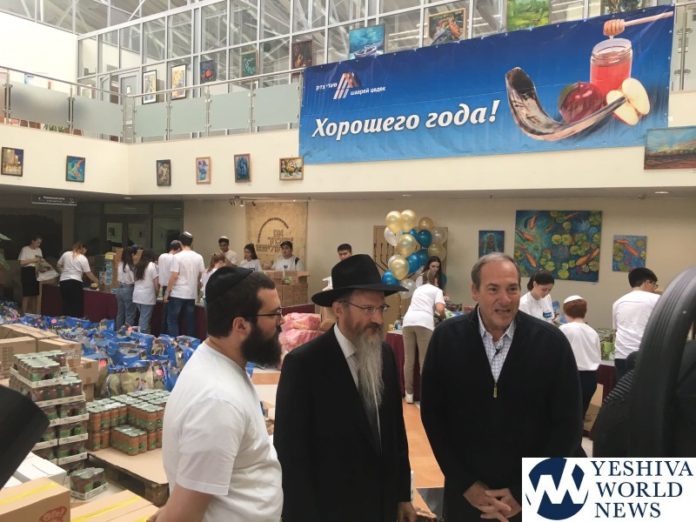 Ahead of Rosh Hashanah, the International Fellowship of Christians and Jews (IFCJ) provided 28,000 gift baskets and 4,000 store vouchers to Jewish families in Russia and Ukraine who suffered financially during years of military conflict between the two countries and resulting economic sanctions.

The IFCJ teamed up with the Federation of Jewish Communities in the CIS (FJCCIS) to distribute the food baskets and store vouchers for clothing, altogether worth more than $1.6 million.

About half of the food baskets were distributed to children and young people, while the other half went to adults and the elderly. About 10,000 baskets were donated in the Moscow area, and another 5,000 to Jewish refugees from the war-torn region of eastern Ukraine, altogether worth more than $1.2 million.

Another 4,000 store vouchers were distributed to families in distress in Jewish communities throughout the former Soviet Union. Each voucher can be used for the purchase of $100 in clothing, altogether worth more than $400,000.

Last week in Moscow, IFCJ’s Founder and President, Rabbi Yechiel Eckstein, joined Russia’s Chief Rabbi Berel Lazar and a group of volunteers to pack thousands of the food baskets to send to the former Soviet Union.

“This Rosh Hashanah, when we all sit around a table laden with delicacies, it’s vital that we recall our brothers and sisters in distress — both in Israel and in Jewish communities around the world. At the Fellowship, we’ve been working for years to enable Jews in every place in the world to celebrate the holidays with joy and dignity,” Eckstein said.

Rabbi Lazar added: “One of the paramount messages in Judaism is unity — not just for national purposes, but in order to complete the spiritual whole of the Jewish nation. This is especially true when discussing Rosh Hashanah, one of the central holidays in the Jewish calendar. The unity of our people is incomplete if we do not concern ourselves with our weaker elements. This support, in a way, does more for us than for others, because it allows us to reach this Rosh Hashanah, the Day of Judgment, as one unified nation.”

Aside from the help provided to Jewish communities in the former Soviet Union, the IFCJ is also distributing Rosh Hashanah aid to needy families throughout Israel, including food and clothing vouchers to 39,000 families, children in orphanages and welfare institutions, soldiers and women in abuse shelters. That aid amounted to $2.28 million, or 8 million Israeli Shekels.

As it does each year, the IFCJ led a major effort to help the needy for Rosh Hashanah in Israel. That aid included: 8,500 vouchers to buy $85, or 300 Israeli Shekels, worth of food in the Shufersal supermarket chain to single-parent families living in public housing; 5,000 vouchers to buy food for families participating in the National Program for Nutrition Protection; 5,000 baskets and vouchers to buy food for families and the elderly living in poverty through Home and Hand in Hand Charity Organization; 8,300 vouchers worth $71, or 250 Israeli Shekels, to buy clothing in the FOX chain of clothing stores for abused women and children in welfare settings; and 12,000 grants for the purchase of up to $142, or 500 Israeli Shekels, to Lone Soldiers – those serving in the Israel Defense Forces without family in Israel — and to soldiers who receive state assistance to families. 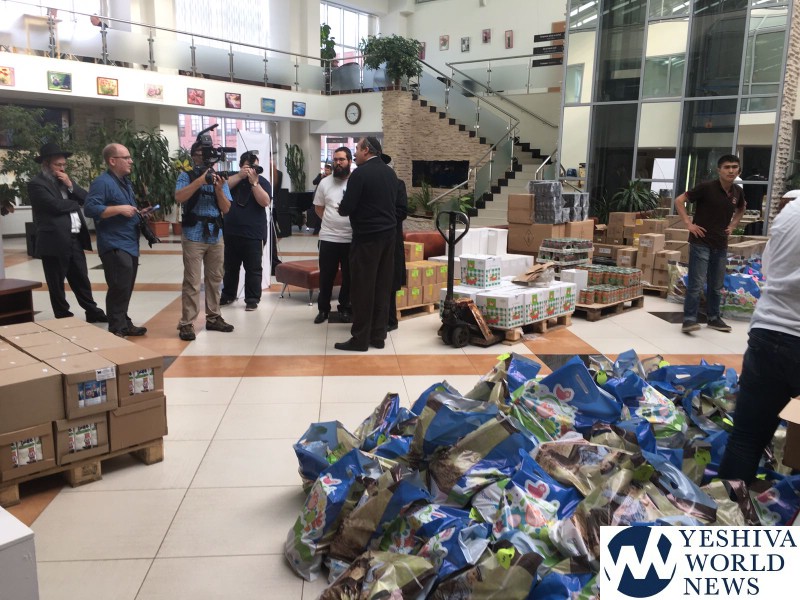 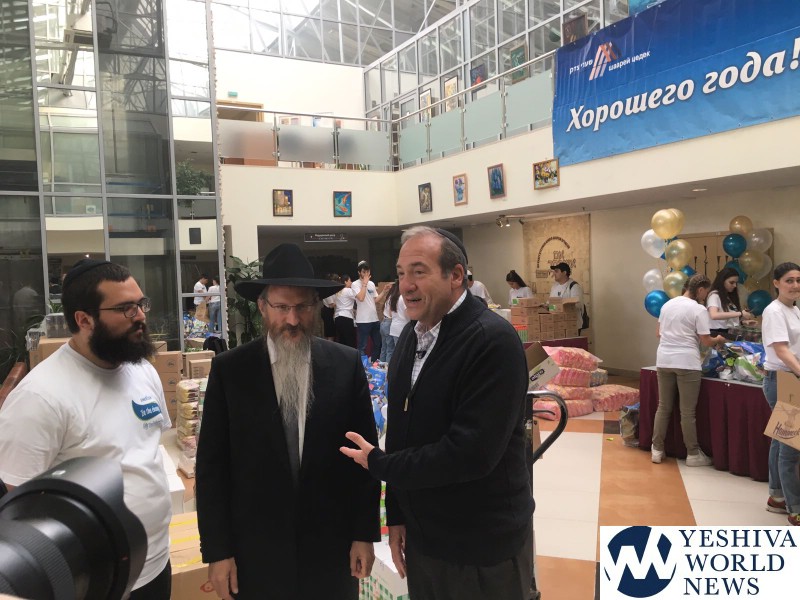 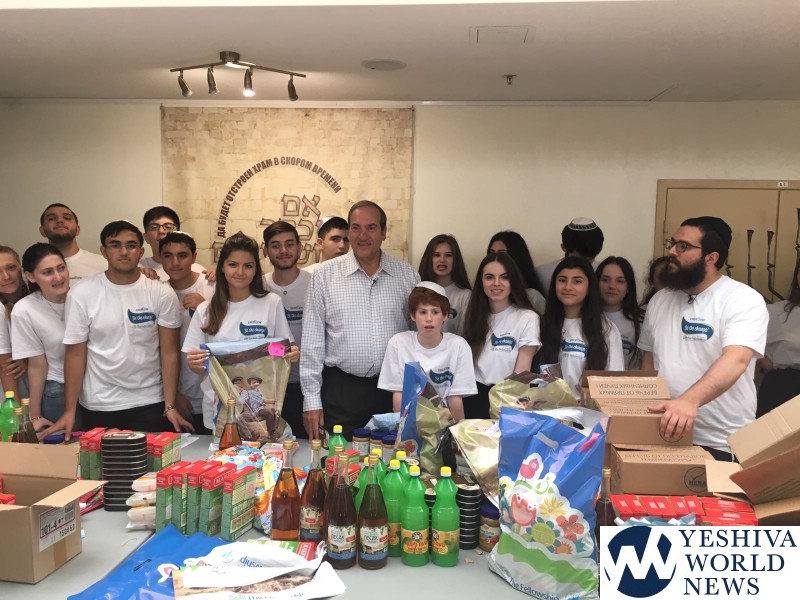