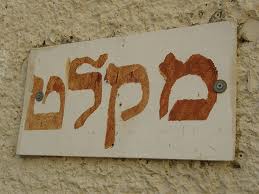 According to a state comptroller’s report released in December 2011, hundreds of thousands of Israelis are without private bomb shelters and municipalities lack sufficient public bomb shelters. The report, which concurs with Homefront Command and other authorities, cites the nation lacks public shelters for the disabled and infirmed. In Ofakim for example 38 public shelters do not accommodate handicapped access. Regarding the other 47, the municipality lacks information regarding accessibility. These figures are in line with Ministry of the Interior findings as well, adding that too many public shelters are neglected and simply not ready for use.

There are 9,600 public shelters nationwide in addition to 20,000 private shelters. Officials have not built a single public shelter since the Second Lebanon War despite the heavy shelling of northern population centers, which the experts feel will be dwarfed by the shelling expected in a conflict between Israel and Iran. It is estimated that 700,000 Israelis do not have access to a public shelter.

Tel Aviv on the other hand has invested over 15 million NIS in recent years to improve and refurbish 341 shelters throughout the city, including underground parking lots such as the HaBima Theater parking lot which can serve as a large shelter in case of an emergency. Similar improvements have been made by both Haifa and Netanya City Halls.