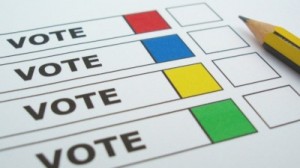 After the Rabbanut Election Committee of Yerushalayim met this week and resolved outstanding issues, there is a likelihood that a date will be announced next week for elections to select chief rabbonim for the capital, after the positions have been vacant for over a decade.

According to the Shas-affiliated Yom L’Yom newspaper, the date is likely to be Rosh Chodesh Kislev.

The vaad has been working to address objections and other legal issues, hoping to finally hold elections without providing an arena for petitions to the High Court of Justice, which may delay the process indefinitely.

As it appears increasingly likely that a dati leumi chief Ashkenazi rabbi will be elected, it is also likely that MK Rav Moshe Gafne will be turning to the High Court of Justice to block elections. Gafne has stated in the past he will not accept the election of a dati leumi rav and stated he is willing to use the court system to delay this from occurring.