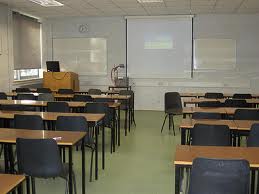 During a discussion in the Knesset Committee on Children’s Rights, which dealt with the helplessness of the authorities in supervising educational institutions in the chareidi sector, various cases were presented, including refusal by institutions to accept students for various reasons, including severe abuse led by an educator and an inappropriate school structure with hazards in which students are injured almost every day. Ministry of Education: “In some of the authorities, the response to the chareidi population is at the margins of the order of priorities.”

The committee chairman, MK Biton, opened the discussion by saying that “in my personal viewpoint, the chareidi institutions are operating as a state in its own right, as some kind of autonomy that the Ministry of Education’s supervision is having a hard time coming in to supervise. There have been referrals that made their way to my desk and it was most difficult for us to address them”.

In addition, the schools determine who enters their gates and who does not, there is no autonomy for the Ministry of Education. Everything is conducted indoors, and regarding the physical aspect. Children are learning in sub-conditions, as the case published in Kiryat Shmuel. We also ask the frameworks to cooperate, we are all here for the benefit of the children there.”

MK Uri Maklev rejected the claims and said: “I assume that you are coming from a good place and you are crying out in the light of things that were left before you. But I do not think these are the facts, you said legal things. To say that there is no supervision in educational institutions that do not protect the child’s welfare, his rights. You went very far in this matter. To say there is violence and not to receive the right treatment is not accurate.

You went for the headlines. If you would have at least presented the facts. I think the opposite is true. Parents are not stupid. It costs them a lot more than this education. Some institutions suffer from physical conditions that are much more difficult, with all that parents want to send because they know that the educational and social environment is much better than other institutions.”

MK Shasha Biton responded: “It is not said that in these schools they hurt children, I say that in places where there is injury, it is very difficult to enter and treat them. In society and in the education system it is difficult to deal with, and in chareidi society it is even more difficult. I have also been approached by parents to register their children when the school decides that they will not accept them because the parents’ phone is not kosher, or that the parent is divorced and that is not appropriate. The school’s response to me is that they have the right to behave as they wish. I did not say it was a public domain, but in these cases, it is difficult for us to handle it.”

Itzik Zahavi, Director of the Chareidi Region in the Ministry of Education: “Every case brought to the Ministry of Education is examined and reexamined as we try to provide the best answers. We handle more than 435,000 children from age 3 to 13 in the chareidi sector. There are gaps and challenges that have accompanied us for decades on the subject of building, appropriate treatment with adjusted budgets, and there are also many challenges with the public, its leaders and spiritual leaders”.

MK Yaakov Asher said during the discussion that “in individual cases in which there is improper conduct, we must deal with this and whoever is responsible should do so. Everything needs to be handled but to hear both sides, not always everything is true. How can you say that the Education Ministry can only give us criticism and not deal with problems at the Kiryat Shmuel school? When it has the strength to deal with this, it will have the strength to deal with the cases of accepting students”, said MK Asher.