The Union of Orthodox Jewish Congregations of America – the nation’s largest Orthodox Jewish umbrella organization – welcomes tomorrow’s mark-up by the House Transportation & Infrastructure Committee of the “Disaster Recovery Reform Act” (H.R. 4460), which includes a provision that will require the Federal Emergency Management Agency (FEMA) to end its unfair treatment of synagogues, churches and other houses of worship in need of disaster relief.

The provision to include houses of worship was spearheaded by the Orthodox Union Advocacy Center and introduced as stand-alone legislation by Reps. Chris Smith (R-N.J.), Peter King (R-N.Y.), Grace Meng (D-N.Y.) and Trent Franks (R-Ariz.). It will provide relief to houses of worship damaged in Hurricanes Harvey and Irma and ensure that houses of worship are treated fairly in the event of future natural disasters. Under the new law, houses of worship will be treated the same as other nonprofits such as museums, community centers and libraries.

The Orthodox Union Advocacy Center on Tuesday submitted a letter to the House Transportation & Infrastructure Committee supporting the Disaster Recovery Reform Act. It states: “This legislation will ensure fair and equal treatment for houses of worship damaged in natural disasters…If houses of worship are excluded from this otherwise religion-neutral program, that unfair treatment would be improper anti-religious discrimination.” 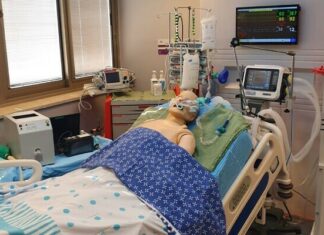 SUSPICIOUS BLAZE: At Least 7 Ships Catch Fire At Port In...