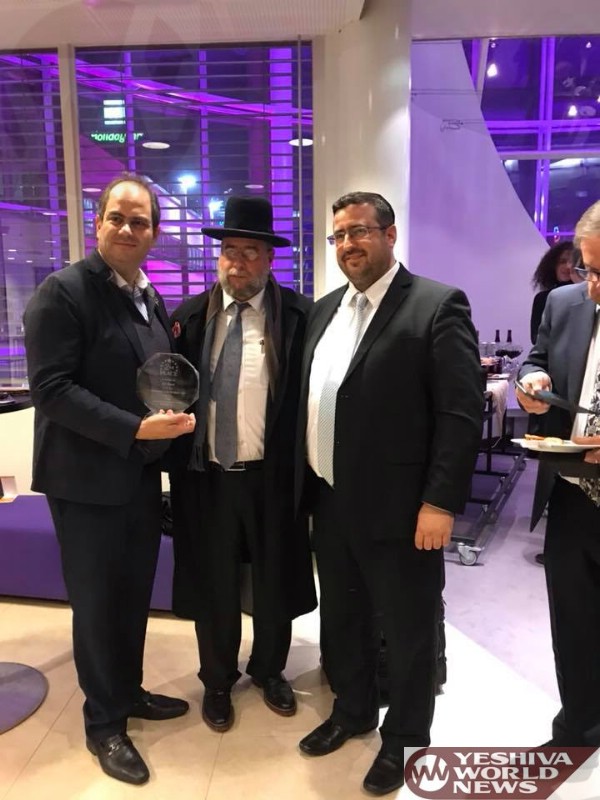 Last Thursday, United Hatzalah Founder and President Eli Beer was presented with the CER prize for innovative technology that is helping to repair the world. The CER prize is given annually to three selected individuals or organizations whose technological innovations are reshaping the world and making it better for all of humanity. The award was given during the Slush Conference in Helsinki by the Conference of European Rabbis to the top innovators from among the more than 400 that applied.

According to the organization’s event organizer Franciska Goldschmidt-Kosman: “The CER prize for European Internet Entrepreneurs exists to recognize the great work of entrepreneurs who have created a significant technological advancement that has a strong social value and will better the lives of people from all races and religions. Through the prize, the Council awards online platforms for improving the world and helping it make the world a better place.”

Goldschmidt-Kosman explained that the award, in addition to the financial prize, is a rabbinical stamp of approval on the project stating that this project will change the world. “We don’t expect anything in return but rather wish to recognize the world of innovation and technology that is helping people. The world is in the hands of those who are innovating and helping shape our worlds tomorrow. We expect our winners to keep doing it is what they do and making tomorrow better than yesterday by creating in the here and now.”

Beer received the prize in Helsinki, and told the crowd a bit about United Hatzalah’s automated tracking app that dispatches volunteer EMS personnel based on their proximity to the scenes of medical emergencies. The app which is called the Moskowitz LifeCompass has often been referred to as “the Uber of life-saving”. “We created our app before smartphones existed based solely on GPS technology,” Beer said. “Through utilizing the application, we have been successful at dramatically cutting down EMS response time to less than three minutes countrywide and helping to treat more than 2.5 million people in the past decade. The main supporter of this technology, the person who saw this vision through together with us at United Hatzalah was Cherna Moskowitz and her late husband Irving. They supported the development of the technology from its infancy and saw it grow into what it is today, one of the most advanced EMS dispatching systems in the world.”

When asked about how she feels about having her app receive the CER prize Florida resident Cherna Moskowitz replied: “I’m thrilled by it. I am thrilled that United Hatzalah has been able to save so many people with the app. I would have been thrilled if the technology had saved one person, so having saved this many is tremendously rewarding.”

Moskowitz continued, “I believe that Eli Beer and United Hatzalah deserve the award. They have taken the technology and developed it in a very important way that saves lives when time is critical.”

Senior Development Advisor with United Hatzalah in Florida Danielle David, who has a close connection with Moskowitz said: “I am so honored to know Mrs. Cherna Moskowitz. Not only is she a great role model with a generous spirit, she is also a true visionary. Thanks to her support and vision, United Hatzalah was able to develop the Moskowitz Lifecompass App and become the first organization in the world to apply advanced GPS tracking technology to the field of EMS. Cherna understood the importance of technological innovation then, and she understands the importance of it today. Cherna has touched and improved the lives of so many people, I’m honored to know her, and I always enjoy my time with her. She’s a true visionary.”

The selection of the award was overseen by a committee of four judges, three from CER and a fourth from the Slush Conference leadership. The head of the committee was none other than Rabbi Pinchas Goldschmidt, President of CER and Chief Rabbi of Moscow. Goldschmidt is the first Rabbi outside of western Europe to hold the position of President of CER.

Among its other activities, CER defends the religious rights of Jews in Europe, and has become the voice of Judaism for the European continent. It functions as a collegial rabbinical authority, certifying the validity of giyur & kashrus and other rabbinical legal decisions and has helped communities deal with the various issues surrounding maintaining a Jewish life in modern-day Europe in the fields of kashrus, giyur, divorce, Rabbinical recruitment, and many others.

The Slush Conference is an entrepreneurial social networking platform that was started by students with the aims to facilitate founder and investor meetings in an effort to build a worldwide startup community. They are currently active in northern Europe as well as China, Japan, and other parts of east-Asia. It is run by youth who want to make a difference in their societies as part of the non-profit initiative that is radically changing the face of the world. 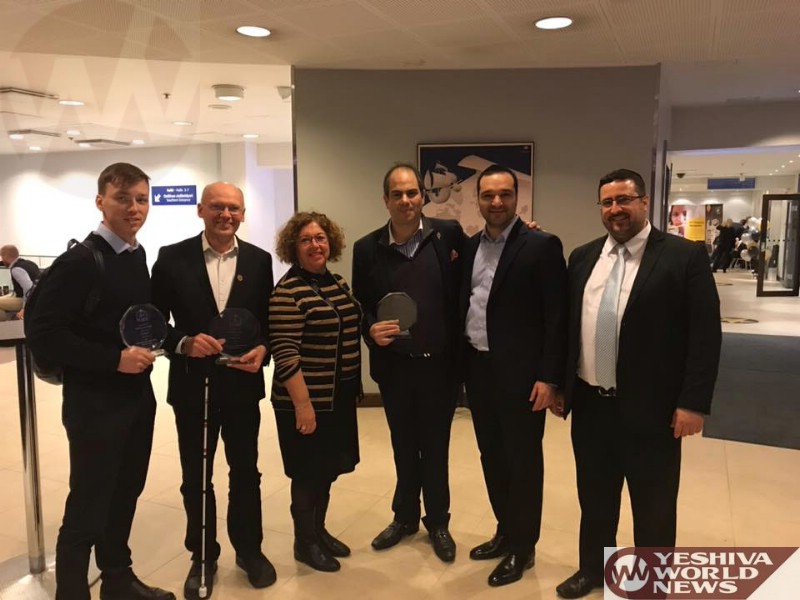 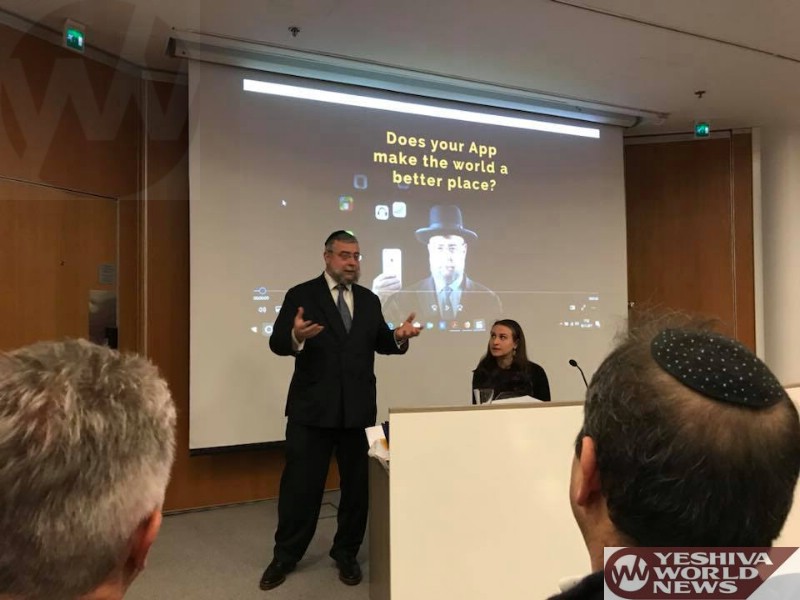