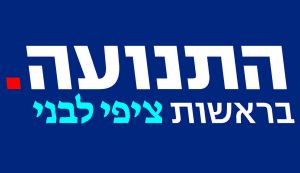 Earlier in the week, Yair Lapid commented that he offered Tzipi Livni the second slot in his party, but she declined the offer. On Tuesday afternoon, after her announced return to politics, Livni told reporters that she contemplated offers to join with Lapid and the Labor Party, but ultimately she believes her own new party was the best way to serve the ideals that she remains loyal to.

In response, Yair Lapid’s party released a statement that Livni represents the “epitome of old politics” and unfortunately, by turning down the party’s offer, she will not be part of effecting true change, concluding that “she is driven by ego alone”.

As far as Likud officials are concerned, Livni was a major supporter of the government’s Disengagement Plan, the ousting of the families from Gush Katif and Northern Shomron from their homes, a move that “brought Gaza and Hamas closer”.

The statement adds that Livni is incapable of making a decision on any issue, and lacks political savvy and national responsibility. Even worse however, her message to Israel’s enemies is one of lax security while Prime Minister Binyamin Netanyahu’s message is one of a responsibility to defend the citizens of the nation.