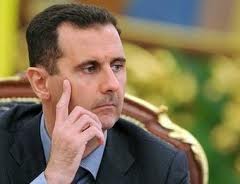 Activists in Syria reached Thursday by satellite telephone confirmed the unprecedented blackout, which comes amid intense fighting in the capital, Damascus.

Akamai Technologies Inc., another U.S-based company that distributes content on the Internet, also confirmed a complete outage for Syria.

Syria has partially cut Internet connections during the 20-month uprising against President Bashar Assad but a nationwide shutdown is unprecedented.